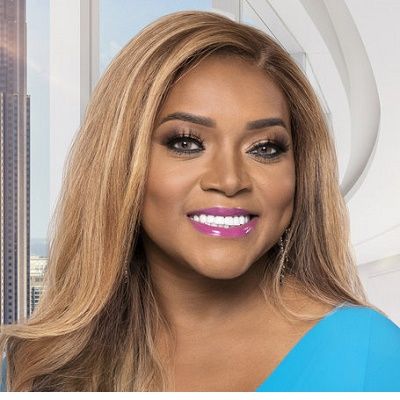 This couple together has twins, a son Ethan Taylor and a daughter Lauren Taylor.

This couple again gave the news of their second twins baby on Oct 22, 2014. However, Mariah has a miscarriage which was reported on Nov 11.

Who is Mariah Huq?

Mariah Huq is an American actress, reality star, and executive producer. She is best known for appearing in reality show Married To Medicine.

This reality star was born on October 22, 1978, in Chattanooga, Tennessee, USA. She has kept her birth name secret. Mariah is her middle name and Huq is her husband’s surname.

Her nickname is ‘Queen Bee’. She was born on father Richard Patrick Jr. She has a sister named Lake. There is no information about her mother.

This actress is of All-American descent. She graduated with a Business and Communications degree from the University of Tennesse.

Mariah Huq is the creator and executive producer of reality TV show ‘Married to Medicine‘. She loves social service and is a philanthropist. Huq has established a family foundation in Bangladesh to help those in need.

In addition to the entertainment industry, this actress alongside her sister Lake co-owns the children’s bedding and pajama line named Jewel and Jem. This business line is scheduled to be launched soon at Macy’s department store.

This reality star founded and owns another nutritional business company Cinnamon Girl Diet and Nutrition. This brand helps people maintaining a healthy body. Earlier, she used to work as a TV host and anchor for Tennesse news station. She used to produce daily news stories. She is also a blogger and posts daily personal life blogs.

The estimated average salary of this producer is $300,000. Meanwhile, according to some sources, she has an estimated net worth of $4 million. She has a $1 million worth mansion located in Georgia.

Her co-star Quad Webb claimed that she saw Huq using cocaine and she has a habit of using recreations drugs. She used it to control her violent and erratic behavior.

Later, Mariah tested drugs on her blood and made a result public proving that it was just a rumor.

Similarly, she has her own YouTube channel with around 7.4 K subscribers and over 217 K views.