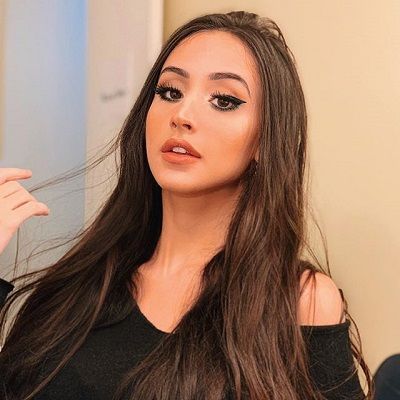 Mariana Nolasco shares a love bond with Pedro Pascual. In August 2015, they celebrated their seventh anniversary.

Who is Mariana Nolasco?

Mariana Nolasco is a Brazilian singer-songwriter. She is renowned for the cover songs on the self-titled YouTube channel.

Mariana Nolasco was born on February 9, 1998, in Brazil. She is of South-Italian ethnicity.

She admires her brother unconditionally because he was the first person who inspired her to play music.

Marianna started her career as a YouTuber with the channel, Mariana Nolasco. On Dec 21, 2011, she uploaded her first cover song, Just the Way You Are which went viral. Prior to that, she used to upload her performance videos on Facebook. Her second YouTube Channel is Mari Nolasco Vlog.

As an Actress, Singer

In 2017, Nolasco debuted as an actress from the movie, The Brothers as Nahda. Later, in 2018, she was a part of the movie, Ana e Vitória, directed and written by Matheus Souza.

In the same year, she took a mini-tour of Brazil under collaboration with bands Boyce Avenue and Jota Quest. She performed in ten states with 25 shows in two months.

Mariana was a part of the campaign, 2014- ENEM / MEC. She is the face for the commercials which include “Happiness generates happiness” Dakota footwear brand, and “Ready for” Gilette Venus Breeze.

In 2017, Mariana was nominated for the Brazilian Music Award.