Updated On October 12, 2022 | Published By: Isha Shayak | In Career , Net Worth , Relationship
Share this 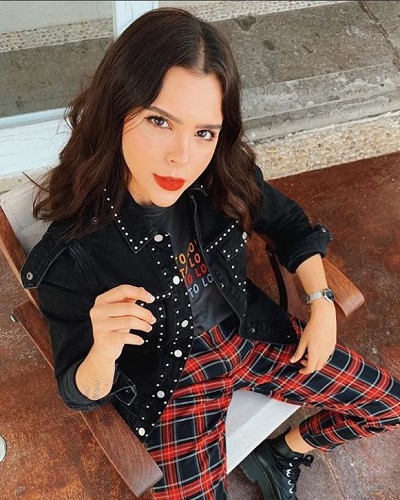 Getting a nickname- Yuya

The YouTube channel with the 32nd most subscribers in the world, Yuya is the most famous name in the YouTube world.

Born as Mariand Castrejón Castañeda popular as Yuya who is a Mexican beauty vlogger and  YouTuber. She was born on March 13, 1993, in Cuernavaca, Mexico, which makes her 29 years old.

Since her childhood, she was fat so she got the nickname Yuya. During that time, she was also a female child artist. Talking about her siblings, she has a YouTuber brother named Sergio.

We can see a lot of artistic things going on in her videos. Well, that’s because she studied ballet dance, theater, and cinema in her childhood.

After taking part in a makeup competition at the age of 16, she created her YouTube channel named ‘ladymakeup16’. During her competition, she had to make a video and display her talent for teaching makeup to people.

Therefore, In 2009 she was able to win that YouTube makeup contest. Gaining confidence from that competition, she began uploading videos about beauty tips. Later, her YouTube channel’s name was changed to Yuya.

Furthermore, she also created another YouTube channel naming ‘yuyasct’. This second YouTube channel of her basically, contains content about her daily life videos. She has a net worth of  $1.9 million.

Yuya has also written two books titled Los secretos de Yuya (2015) and Las confesiones de Yuya (2016). All her YouTube fame is the outcome of her talent, creativity, and beauty.  In her videos, she provides information about makeup, hair care, nail care, etc.

Like Yuya, his brother Sergio also has another YouTube channel named, Eternal love in which he is seen with his wife Paola. We see him in Yuya’s video, one of her videos called ‘Here I do not make-up’ was a collaborative program between her brother and her.

By Bustie magazine, she is named as the highest-paid beauty blogger of 2015 By Bustie magazine. She also joined the UN’s Sustainable Development Action Campaign. It aims to achieve gender equality and empowerment of all women and girls.

With more than a billion views and subscribers, Yuya has become a top channel operated by a woman. Furthermore, it is also the most subscribed channel in Mexico and is the top non-English self-owned channel.

The second-most popular YouTuber in Mexico, Yuya is currently dating Beto Pasillas. He is also an internet personality with the same YouTube channel name. Furthermore, he is also a singer. They share their photos on their social media accounts.