Osmond has been married three times, twice to the same man, Steve Craig. The couple married in front of over 4,000 guests at a temple in Salt Lake City, Utah, in the year 1982. They welcomed their first child Stephen Jr in 1983.

She was engaged to Jeff Crayton, an acting student, in May 1979, but they broke up in July of that year. During an episode of Watch What Happens Live in January 2019, she revealed to host Andy Cohen that she dated Erik Estrada for a short time. 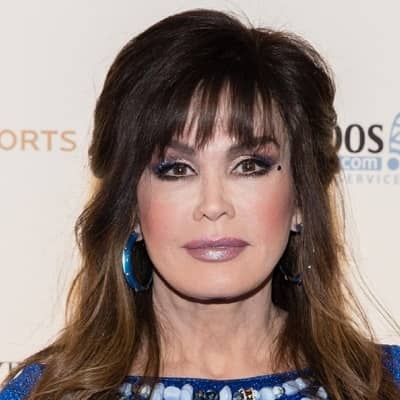 Who is Marie Osmond?

Marie Osmond is an American singer, actress, author, philanthropist, talk show host, and member of the Osmonds showbiz family. A pop performer who co-hosted the variety shows The Osmonds with her brother Donny.

Marie was born on October 13, 1959, in Ogden, UT. As of now, she is 62yearsold. Talking about her nationality, she holds an American nationality.

Marie Osmond was the eighth of nine children and the only daughter born to Olive Osmond and George Osmond in Ogden, Utah. She was brought up in the Church of Jesus Christ of Latter-day Saints.

Moreover, Virl, Tom, Alan, Wayne, Merrill, Jay, Donny, and Jimmy Osmond are her brothers. Her brothers began their careers in show business at a young age, singing and performing on national television.

Furthermore, there is not much information about her educational qualification.

Osmond made her television debut as part of her brothers’ act, the Osmond Brothers, on The Andy Williams Show when she was four years old, but she did not appear with her brothers in the group’s television performances throughout the 1960s.

In 1984, Osmond released a single on RCA Records titled “Who’s Counting”. There’s No Stopping Your Heart, her first studio album in nearly seven years, was released in 1985. This album created four singles, two of which reached number one on the country charts.

Marie Osmond and her brother Donny hosted a special variety show in 1975, which was later picked up mid-season as a weekly variety show and began airing in 1976 as Donny & Marie, and ran on ABC until 1978, before being renamed The Osmond Family Hour in 1979. The Gift of Love, Osmond’s first made-for-TV film, premiered on ABC on December 5, 1978.

On Hallmark Channel, she debuted a variety show, Marie, to a record-breaking 320,000 viewers on October 1, 2012. She debuted on The Talk on September 9, 2019, as part of the season 10 premiere, alongside Eve, Sheryl Underwood, Sharon Osbourne, and Carrie Ann Inaba. On September 3, 2020, she told USA Today that she would leave The Talk after one season.

On October 6, 1978, Marie co-starred with her brother Donny Osmond in the film Goin’ Coconuts, which was a box office flop. Marie appeared in the made-for-TV film The Gift of Love, opposite Timothy Bottoms, on December 8, 1978.

The film was based on O. Henry’s short story “The Gift of the Magi.” Marie played Sister Mae Davis in the made-for-TV film Rooster on August 19, 1982. Paul Williams and Pat McCormick starred in the comedy film.

Marie co-starred as Cassie in the made-for-TV romantic Christmas comedy The Road Home for Christmas on October 26, 2019. This film was made in order to accommodate her schedule for The Talk. She was half of the singing and dancing family act Donnie & Marie.

Osmond has amassed a huge income through her successful career as an actress, and singer.

As per sources, she has an estimated net worth of $20million while her exact income, salary, and earnings aren’t disclosed yet.

Marie Osmond stands at an average height of 5feet and 5inch and weighs around 55kgs.

Also, she has a huge fan following with 921k followers on her Facebook page. In addition, she is verified on all her social media accounts.