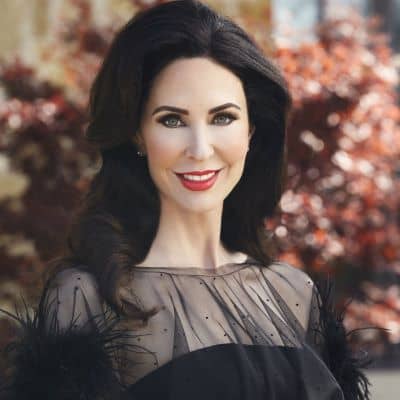 Marie Reyes is happily married to her loving husband, Angel Reyes. He is a successful lawyer and has launched his own law firm called ‘Reyes Law’. The actual date of their marriage not known however, they have been married for a long time and have a 15-year-old daughter named Sofia Reyes. She was born on May 4, 2005. The duo still seems to be very in love with each other and even go on family vacations quite often.

Who is Marie Reyes?

Marie Reyes was born on 25 December however the year and age have not yet been publicized. She might be around 52 years old as she already has a daughter of 15-years old. She was born in Texas, USA, so she holds American nationality. Further, she falls under the zodiac sign of Sagittarius.

Speaking of her parents, the information and name of her parents are not given at the moment. But it seems she was raised in a caring, loving, and supportive household. They must be very proud of how far she has come. Other details on his relatives, cousins, siblings, etc are not available as of yet.

As for her educational background, she completed her Bachelor’s degree in nursing in 1992. The name of the school and university she attended are not revealed yet. She started training on Botox injection techniques in 2000.

Marie Reyes gained fame after she appeared on the first season of the reality show “The Real Housewives of Dallas”. She showed up as a friend of the housewives. She made quite an impression on the show and became recognized by many audiences and was pretty much the center of the drama. Likewise, she has also made a brief appearance in the movie ‘Sara’.

Furthermore, she is an entrepreneur and nurse. As she completed her bachelor’s degree in Nursing, she is utilizing her knowledge to help others as well. She owns a clinic of her own named “SkinSpaMED” which was operated in 2004. It is located in North Dallas and Tarrant County. Marie is a professional and certified nurse and has worked as a national injection trainer for Medicis Aesthetics as well as sat on the Expert Injector Advisory Board for Galderma Aesthetics. Her clinic has treatments from Botox to Microdermabrasion. As of 2016, she released her luxury skincare line “RAGS II Riches”. She gives four-step skin care techniques and products to help reduce the sign of agings.

Likewise, she is also active in Dallas charity activities with her husband, Angel. She is always actively participating in extracurricular volunteer work such as an honorary chair for AIDS Services Dallas, sitting on the board for The Leukemia and Lymphoma Society in 2015, and supporting the Women’s Council for the Dallas Arboretum.

Marie is also present on youtube under her own name “The Marie Reyes”. She began her youtube journey on 10 Nov 2015 and uploaded her first video of her baby girl, Sofia, practicing her guitar on 17 Nov 2015. She mostly posts content related to skincare, vlogs, her daughter’s moments, and also promotes her skincare clinic and products. Till now she has gained 25k views.

Marie has not yet earned any awards or any nominations but she is sure to receive some on her journey. She is a truly talented actor as well as a businesswoman. Her clinic has been gaining the fame it deserves lately.

Reyes must earn a decent amount of money from all her works. Her net worth estimation is around $6 million as of 2021. The primary and main source of her income is her business clinic and also her acting career.

During the show RHOD, she was accused to have spread a rumor about LeeAnne pooping her pants. She was then threatened by LeeAnne for spreading a rumor. LeeAnne was screaming at Marie’s face, telling her she was gonna slaughter her. The drama between the women was immense with all the threats.

Marie Reyes stands tall at the height of 70 inches (5 ft 10 inches, 178 cm). Other body measurements such as her weight, chest, waist, hips, shoe, etc are not shown anywhere at the present period. Likewise, she has a pair of emerald green eyes and long wavy brown hair. She has a strong-willed personality and looks younger than the era.

Marie is active on most social media platforms. She is active on Twitter on the name ‘@TheMarieReyes‘ and has garnered 11.1k followers. On Instagram, she manages te account named ‘@theskinspamed‘ with more than 7.4k followers. She is also available on Facebook under the name ‘Marie Reyes‘. She owns her own Youtube channel as ‘The Marie Reyes‘. Similarly, she has provided her website ‘mariereyes.com’ for further queries.