Marilu Henner is an American actress, producer, radio host, podcaster, and author. Marilu is married and a mother of three children. 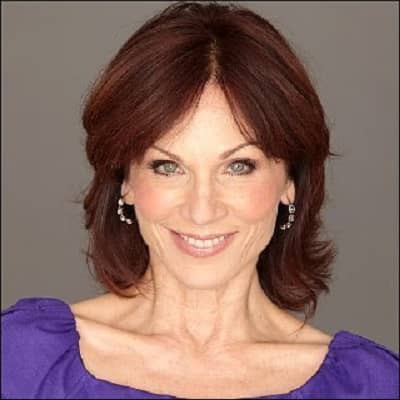 I took anatomy classes. I went to medical libraries and talked to doctors and nutritionists. I did the whole thing before using myself as a human guinea pig

We're always bombarded with images from magazines of what looks cool and sexy.

Her husband is Micheal Brown. They exchanged vows on 21 Dec 2006. The wedding took place in Marilu’s Los Angeles home and was attended by guests.

Marilu’s first married on 28 Sep 1980 with an actor Frederic Forrest. They were together only for two years and got divorced in 1982.

But this marriage also ended in divorce on 7 June 2001.

Marilu also had an affair with actors John Travolta, Judd Hirsch, and Tony Danza. She has mentioned it on her autobiography All Means, Keep on Moving.

Who is Marilu Henner?

Marilu Henner is an American actress, author, plus producer. She is also a host for the show The Marilu Henner Show.

Henner was born as Mary Lucy Denise Henner on 6 Feb 1952, in Chicago, Illinois, USA. Her father was Joseph Henner, who died of a heart attack, and her mother Loretta Callis died of arthritis.

Her ethnicity is a mix of Polish and Greek. She has five siblings including Lorin Henner.

Marilu went to Madonna High School in Chicago, Illinois. Later she enrolled in the University of Chicago.

Marilu is currently busy with her radio show, The Marilu Henner Show. Listeners can listen to this show every weekday morning. This show features mostly physicians, health experts, celebrity guests, and Marilu’s friends as guests.

Marilu’s first movie was Between the Lines (1977) as Danielle and the recent movie was Life with Dog (2018) as Alice.

Besides the big screen, Marilu also appeared on TV. Her first role was of Janet in 1977’s TV film Off-Campus. Her role as Elaine OÇonnor Nardo in the sitcom 1978 Taxi was very much appreciated.

She also participated in Dancing With The Stars (2016). Her other TV appearances are

Some of her released books are:

Marilu Henner has blue eyes and brunette hair. She has a deep sultry voice. Her height is 5 feet and 7 inches and weighs 59 kg.

Her Instagram has around 16.3k followers and has posted a total of 58 posts. She also has her own website.