Mario Barrett is currently single. Previously, he dated Jillian Barberie in 2004. Besides this, there is no information about when and where did the couple met each other.

In addition, he reportedly dated Socialite, Dez briefly in 2012. Apart from this, there are no records as well as rumors of his other relationships and affairs. 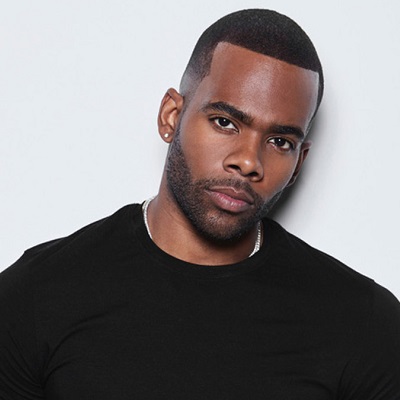 Who is Mario Barrett?

Mario Barrett is an American popular R & B singer for his success 2005 Let Me Love You, for which he won two Billboard Awards in the same year.

Apart from his musical career, he also made his appearances in several television shows and films such as Step Up (2006), Freedom Writers (2007) and Empire (2018). Recently, he starred in the live television production of the musical Rent in 2019.

He was born on August 27, 1986, in Baltimore, Maryland, United States. He was born to parents Shawntia Hardaway and Derryl Barrett Sr., a singer in a gospel group called Reformation. Mario grew up in Baltimore County, Maryland. His half-brother, Derryl “D.J.” Barrett Jr. is a professional drummer.

His single mother was struggling with drug addiction so that he lived with his grandmother. During his childhood, he told me that he wanted to become a singer. In order to fulfill his dream, his mother brought him a karaoke machine and also joined a musical group at Milford Mill Academy. Furthermore, he learned to play the piano and utilized it as the basis for his melodies and songs.

Mario holds American citizenship but his ethnicity is African-American.

For his education, he joined Milford Mill Academy up until the tenth grade where he was inspired by his music teacher, during his early teen years. Later, Mario was offered a record deal at the age of fourteen, signing with Clive Davis’ J Records.

He started his singing career since his mid-teens. Initially, he was signed to the New York label 3rd Street/J Records and later worked with producer, Clive Davis. Moreover, he contributed to the soundtrack of Dr. Dolittle 2 (2001).

He released his self-titled debut album in July 2002 when he was still 15, preceded by the single “Just A Friend 2002” based on a hit by Biz Markie.

In addition, he became the face of Pelle Pelle’s European Spring/Summer campaign in January 2009. He released the lead single “Break Up” on April 28, 2009.

Also, he recorded an album Rico Love from 2010 to mid-2011 with producer under the tentative title Restoration and included songs like ‘My Bed’, ‘Recovery’, ‘Falling Down’, ‘Killa’, ‘Bermuda’, ‘The Walls’,  and ‘Computer Love’.

He released his album ‘Go’ and dedicated it to his mom Shawntia Hardaway. The song was released in South Africa on October 9, 2007, under Gallo Records. The song has been sold out 331,540 copies in the US.

In addition, he toured America with other young artists and later returned with his album, “Turning Point” in December 2004 at the age of 18 years old. Similarly, the first single, “Let Me Love You“, became his first US number one and an international hit which ultimately helped him climb the ladder of success.

Furthermore, he founded his independent record label New Citizen LLC in 2016. Also, he premiered his new single, “I Need More” on Zane Lowe’s Beats 1 show in May 2016.

He established a foundation called Mario’s Do Right Foundation in March 2008 to educate and inspire children who suffer from the drug addictions of their parents. Also, Mario published a notice on the Facebook page of the foundation in May, saying that he had been in a studio in Miami all night re-recording the song “Do Right” from his 2007 album Go.

He has an estimated net worth of around $14 million and he has earned that sum of money from his professional career.

He stands a height of 5 ft. 11 inches and weighs normal. Also, he has black hair and black eyes.

Khloe Kardashian has bloated lips now! Has she got new lip fillers in?