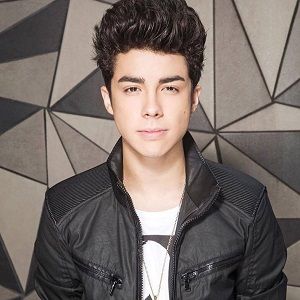 The 21-year-old Mexican singer and YouTuber, Mario Bautista is an unmarried man. As of now, he has not been in any relationship to date. Furthermore, he has never been involved in any affairs. He has just started his career and never seen with any girls in the public and media. Talking about his past relationship, there is not any information regarding his affairs. Currently, Mario is enjoying his single life and totally focus on his career.

Who is Mario Bautista?

Mario Bautista is a Mexican singer as well as a famous YouTuber. He is famous for her music videos such as Say Nothing, Si Me Das Tu Corazon and Gift Me. Furthermore, he has amassed over 2.3 million subscribers on his YouTube channel. In addition, he is also a social media celebrity gaining more than 4 million followers on Instagram and Twitter and almost 6.6 million followers on Facebook.

Mario was born on March 5, 1996, in Mexico City, Mexico. Moving towards his nationality, he is Mexican and her ethnicity is also Mexican. He is the son of Carlos and Gloria. Furthermore, he has two siblings Daniel Bautista and Jan Carlo Bautista.

From the beginning of his childhood, he had a keen interest in music and also began to learn from a very early age. Talking about his education, there is not any information regarding his educational background.

Mario began his career as a singer. Later, he created his self-titled channel on YouTube and started to post various vlogs. Previously, he was also a popular Viner. He has also collaborated with Matthew Espinosa on one of his Vine videos. As a singer, he has released several songs which include Say Nothing, Si Me Das Tu Corazon, Gift Me, No Digas Nada, and few more.

Furthermore, he has amassed over 2.3 million subscribers on his YouTube channel. In addition, he is also a social media celebrity gaining more than 4 million followers on Instagram and Twitter and almost 6.6 million followers on Facebook. Additionally, Mario posted a video along with popular band The Wanted.

Being a famous YouTuber and singer, he pockets a healthy amount of money from his profession. However, his salary and net worth are unknown.

So far, Mario has not won any awards in his career. Although, he has been doing great in his field and his works have been also loved by many people around the world.

As of now, there are not any drastic rumors regarding his personal and professional life. Moreover, he has never faced any controversy in his career to date. It seems Mario has total focus on his work rather than stuck in any controversy.