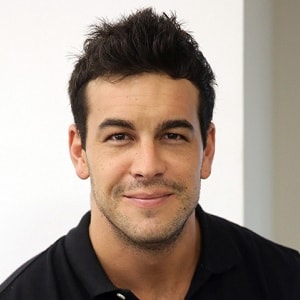 Mario Cases is possibly single and recently, he is not dating anyone.

Previously, he dated Amaia Salamanca but their relationship ended in a short period of time from 2008 till 2009. After that, he dated Maria Valverde in 2009 but they decided to part away after 5 years of relationship.

Later, he started dating Berta Vazquez in 2014 and after two years of relationship they separated but the reason is still unknown. They were spotted celebrating Christmas separately but neither of them has announced their break up officially.

Mario then was in a relationship with Blanca Suárez. They started to date in 2018 and broke up in 2019.

Who is Mario Casas?

Mario Casas is a Spanish actor. He is best known for his role as Ulises Garmendia in ‘The Boat’ for which he was nominated for several awards.

He was born on 12 June 1986 in A Coruna, Spain. His birth is Mario Cacas Sierra and birth sign is Gemini. His father’s name is Ramon Casas and his mother’s name is Heidi Casas.

The youngest one, Daniel was born in 2014, so Mario considers him his nephew rather than his brother because of the huge age difference between them. He is the oldest one. His family shifted to Barcelona when he was four years old.

He had a problem with height during his childhood because he was too short. His friends used to give him ‘a lot of cane’ for being short. He had the body of a baby until he was 15 years old.

Mario has lifelong friends from school and he has always been with them. He used to play, sing, dance, ping-pong during his childhood.

He has attended the Cristina Rota School of Dramatic Arts. Other information regarding his education history in under a review.

Mario Casas debuted his acting career from the television series ‘Obsession’ and soon he played in ‘Motivos personales’ and ‘Mujeres’. He came into Spanish media attention after he debuted the film ‘El camino de los ingless’ in 2006.

Mario made his appearance in the series ‘SMS’ in the same year and he became globally recognized as Aitor Carrasco from the series ‘Los hombres de Paco’ in which he worked from 2007 to 2010.

He made his remarkable performance in two films ‘Fuga de cerebros’ and ‘Mentiras y Gordas’ which helped to lead the box office on a weekend. He also made his appearance in the film ‘Tres metros sobre el cielo’ in 2010 and made the film highest-grossing of the year.

Mario acted in the Antena 3 series ‘El barco’ since 2011 and other noticeable performances he has done in his career are in ‘My Big Night’, ‘Palmeras en la Nieve’, and his latest role includes the role in ‘El fotografo de Mauthausen’ which is a story of a Spanish republican photographer.

He has been awarded a Fotogramas de Plata Award in 2011 for Most Searched Performer on the internet and he got Best New Actor from the Premio ACE Award in the same year.

It is estimated that he has a net worth of around $4 million and his salary is around $470 thousand per year on average.

There was a rumor about the death of Mario across the world but the report has confirmed it was just a hoax. And another rumor going in his life is about his wife’s pregnancy.

It was also heard that her stomach bulging is due to drinking wine. But, there is not any solid proof of this rumor because nobody has confirmed.

Mario Casas has a height of 5 ft.11  inches and he weighs 71 kg. His eyes are dark brown in color and his hair is black. Other information regarding his body measurement is unavailable.