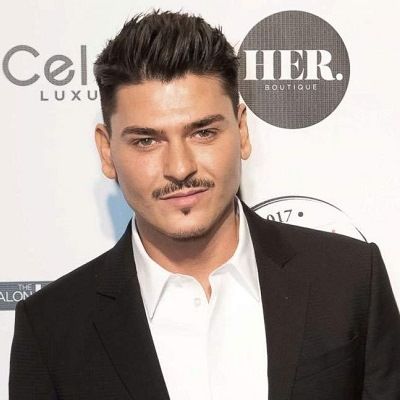 My aesthetic is about subtle transformations. When I work with a client, I won’t change her into a different person. She has to look like herself. When she looks in the mirror, she feels one hundred percent herself — just the most beautiful version.

I treat each job and each client with a lot of love. I’m so focused on perfecting every face I work on and making it as beautiful as humanly possible. I go above and beyond. Whether I’m working with a client or a brand, I always go above and beyond.

He has not been linked with anyone.

Who is Mario Dedivanovic?

He is recognized as the ambassador for Anastasia Beverly Hills and has designed his own training program The Master Class.

Mario is working on launching his own Makeup line.

Mario Dedivanovic was born on October 1, 1983, in Bronx, New York, the United States. He is a Libra.

His father’s name is Tom Dedivanovic and he is American- Albanian ethnicity.

He has a sister, Marina Dedivanovic. She is also a makeup artist who helps manage Mario’s Master Classes.

Mario started his career as a fragrance consultant at Sephora, Manhattan. He became obsessed with makeup after a customer asked his help to choose a lipstick.

He worked as a makeup artist at a Sephora store, then as a regional makeup artist, slowly climbing up the ladder working with the photographers, makeup assistant and then working on sets.

Mario is a brown with green eyes and height 6 feet 1 inch.