Mario Lopez is an American actor, host. He is married and a father of Gia, Dominic & Santino. 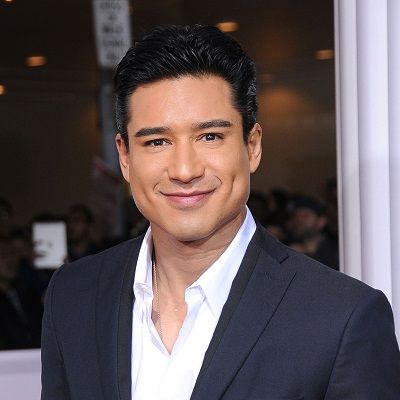 Eventually though, I'd like to have my own production company. Then I could create great opportunities not only for myself, but for other actors as well

Like they say, you can learn more from a guide in one day than you can in three months fishing alone

Right now, I'd like to just continue on a series where I am doing good work with a balance of comedy and drama. That and do occasional features and movies

Mario Lopez is married to Courtney Mazza. After dating for three years, the couple engaged in December 2011. On December 1, 2012, they got married.

The reports are that they thinking to have a fourth child.

Also, they have a dog Oscar De La Hoya Lopez.

They separated in May 2004 because Lopez cheated on her. After dating several other women including Heidi Mueller, Karina Smirnoff, and Meaghan Cooper between 2006 to 2008, he finally met Courtney Mazza.

Who is Mario Lopez?

Mario Lopez Jr. is an American actor and entertainment journalist.

He has appeared on several TV series, films, and on Broadway. He is famous for his portrayal of A.C. Slater on both parts of Saved by the Bell.

His birthdate is October 10, 1973, and was born in San Diego, California. His mother’s name is Elvira and his father’s name is Mario Sr., who worked for the municipality of National City. He has a younger sister whose name is Marissa.

He is of Mestizo-Mexican ethnicity and his nationality is Mexican.

Lopez began acting in 1984 when he appeared as younger brother Tomás in the ABC comedy series a.k.a. Pablo. The same year, he was cast as a drummer and dancer on Kids Incorporated.

Moreover, Lopez also made an appearance on George Lopez as a police officer in late 2006. Additionally, he also appeared as a guest reporter for Extra Sesame Street in 2012.

Furthermore, Lopez and Courtney Mazza have a reality show on VH1 called Mario Lopez: Saved by the Baby which premiered on November 1, 2010.

Moreover, Lopez is also a talented dancer. He signed on as a contestant on the third season of Dancing with the Stars on ABC with his then-girlfriend Karina Smirnoff who was making her series debut. They finished in second place.

Mario is also a host and writer. He has hosted several programs such as The X Factor, Miss America, etc. In addition to this, he also is a writer. So far, he has published three non-fiction books.

The actor’s works have earned him a lot of awards and nominations. Hew has been awarded the prestigious Young Artist Awards three times.

Similarly, he has won the Mickey Rooney Award. Furthermore, he has been nominated another ten times by Young Artist Awards, ALMA Awards, Teen Choice Awards, etc.

Lopez has an estimated net worth of around $25 million. Similarly, he has an annual salary of around $6 million. His main source of income is acting and hosting.

His daughter caught him having sex red-handed! His 10-year-old daughter, Gia Francesca Lopez walked into the room while he was having intercourse with his wifey Courtney Mazza.

The situation was horrible and very traumatic for a 10-year-old girl. When they saw their daughter, they quickly covered themselves up.

Aftermath they couldn’t find Gia for an hour. Apparently, he had to speak up about it to her. He told her that he thought that she was in her school or room, did not expect her to open the door during that time.

Now Mario says that he will be very cautious and maintain privacy to share intimate moments with his wife.

Mario Lopez is 5 feet 10 inches and weighs around 84 kg. He is a fitness enthusiast and loves to keep his body in very good shape. He has black hair and light brown eyes.

You may also like to read about the bio, age, body measurements, net worth, the salary of Wes Brown, Will Smith, Kevin Hart

American actor Mario Lopez is father for the third time! His wife Courtney delivered a baby boy on 8 July 2019!