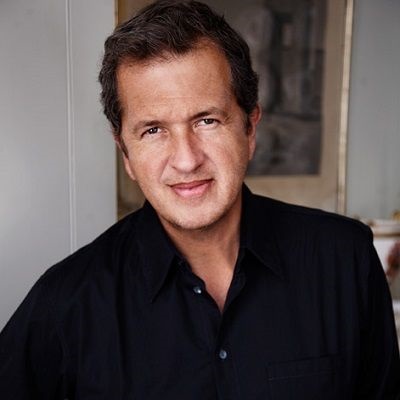 ''To me, the magic of photography, per se, is that you can capture an instant of a second that couldn't exist before and couldn't exist after. It's almost like a cowboy that draws his gun. You draw a second before or after, you miss and you're dead - not them. To me, photography's always like that.'' ''My pictures are my eyes. I photograph what I see - and what I want to see.'' ''My favorite words are possibilities, opportunities and curiosity. I think if you are curious, you create opportunities, and then if you open the doors, you create possibilities.'' ''Fine artists reflect, and then they act. Fashion photographers - we act, and then we reflect.''

Mario Testino’s relationship status is single. He has not been rumored to be dating anyone.

Who is Mari0 Testino?

Mario Testino is a Peruvian fashion and portrait photographer.

He is an established name in the fashion industry, popular for working with very high fashion brands and international magazines.

Testino was born on 30 October 1954 in Lima, Peru to an Italian father, Mario Testino and an Irish mother, Teresa Silva.

He was eldest among six children.

In 1976, he went to London to study photography after abandoning his studies.

When moving to London, he took a flat in an abandoned hospital near Trafalgar Square and worked as a waiter.

His work first appeared in Vogue in 1983.

Since then he has been unstoppable in the filed. His works are featured in reputed magazines such as Vogue, V Magazine, Vanity Fair, GQ, LOVE, Allure, and VMan.

Eighteen exhibitions and more than 16 books have been published on his work.

In 2007, he formed his own agency MARIOTESTINO+.

In December 2010, Testino was also the official photographer for portraits of the Duke and Duchess of Cambridge on the occasion of their engagement. He has photographed many other royal families in a similar fashion.

As the ambassador of Save the Children, he helped to raise funds to build the El Salvador Clinic in the Pueblo Nuevo District, Chincha, Peru.

He helped to raise funds for the Naked Heart Foundation to build a playground in a Moscow children’s hospital specializing in cancer.

Testino restored a 13,000 sq. ft. mansion built in 1898, which is home to a permanent exhibition of his work alongside a temporary exhibition space for Peruvian and international artists.

Net Worth and Social Media

Testino’s net worth is $8 million US.

In January 2018, Testino was accused by 13 male assistants and models who worked with him of sexual harassment during campaigns in the 1990s.

In March 2018, 18 new allegations came out which described their incidents occurring during or after 2010. Testino has denied all allegations.

Testino has gray color eyes with gray hair. He is 6 feet and 3 inches tall and weighs around 85 Kg.

You may also know about net worth, body measurements and early life of Holly Scally, Matt Easton, Gilles Bensimon.