Marisol Nichols is an American actress and the co-founder of a Foundation for a Slavery Free World. Marisol is not dating anyone currently. Previously, she was married to Taron Lexton and has a child. 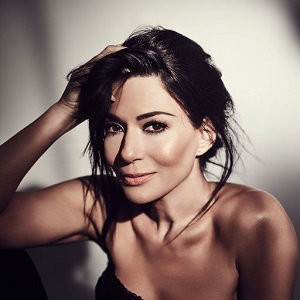 Growing up, I just wanted to be like everyone else. I didn't value or understand the beauty in being different at the time in my life

I can bring Rain with me everywhere I go, but when she's in school, I don't know what I'll do. The longest I've been away from her is three days, and I cried my eyes out. The first day of school will be so hard

I really want to work with Tim Burton and Johnny Depp.

Marisol Nichols is a divorced woman.

Previously, she was married to a talented person named Taron Lexton. Taron is a South-African director, producer, and cinematographer. The couple got married on April 13, 2008.

She was pregnant when they tied the marital knot. Together they have a child named Rain India Lexton. ‘Rain’ was born on September 30, 2008. Other than this, there is no other information about the marriage ceremony.

After a decade of their marital relationship, the couple started having differences and she filed for the divorce in 2018.

Previously, before this marriage, she was married to an Italian comic book artist named Andrea Sorrentino. They shared marital vows in 1995. But unfortunately, after a couple of years of marriage, they separated and finally got divorced in 1998.

Who is Marisol Nichols?

Illinois-born Marisol Nichols is an American citizen. The charismatic Marisol is a TV and a film actress. The good-looking actress is also a TV Personality. She is active in the acting industry since 1996. Some of her on-screen projects are “Scream 2”, “The Princess and the Marine”, and others.

Presently, she is famous for starring in the American crime thriller series, “24”. She played the character of Nadia Yassir in the series, which earned her ALMA awards. Additionally, she is also known for starring as the Hermione Lodge in the teen drama series, “Riverdale”.

Marisol was born in the city of Chicago in the state of Illinois in the United States. She was born on November 2, 1973. Her nationality is American and ethnicity is mixed(Spanish-Mexican and Ashkenazi Jewish).

She was born to her mother, Maria Patnick as the eldest child of 3 children. Her father’s name is Robert Falkenhof. Unfortunately, she never met her father.

Marisol has an ethnic background of Hungarian and Romanian descent from her father side. Similarly, she has Mexican ancestry from her mother side. She is a much-closed kind of person. As a result, she hasn’t shared a lot of information about her childhood.

Similarly, she has chosen to keep details about education and early days secret too.

The next year in 1997, she appeared in more TV series. Additionally, she also made her film debut in 1997 in multiple films like “Scream 2”, “Vegas Vacation”, and others.

Afterward, she went on doing several minor roles in the films and TV series. From 2002 to 2002, she featured in the TV series, “Resurrection Blvd.” in 53 episodes.

She went on working hard for bigger and better roles. Finally, in 2007, she acted in the crime thriller TV series, “24”. Her portrayal of Nadia Yassir earned her critical acclaim and nomination for ALMA Award.

Presently, she plays the character of Hermione Lodge in the series, “Riverdale”. Some of her other on-screen projects are “Blind Justice”, “In Justice”, “the Gates”, and “Big Momma’s House 2”.

Being a talented actress, she gets paid a demanded amount of salary. Also, she has been able to collect an estimated net worth of around $3 million.

Marisol is a career-oriented woman. As of now, she is in that phase when she can totally ignore the trash-talking in the media. Consequently, this keeps her away from any drama, controversy or rumors in the media.

Marisol has a stunning looking body. She stands tall at the height of 5 feet 4 inches. Similarly, she weighs around 55 kg or 121 pounds. She has dark brown hair and eye colors. Additionally, she has a stunning body figure of 34-25-35 inches. Her shoe size 7 (US) and dress size 4 (US). her bra size 32B.

Marisol Nichols is divorcing her husband of 10 years Taron Lexton!