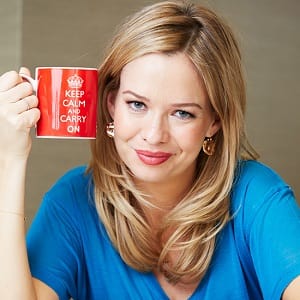 Who is Marissa Hermer?

Marissa Hermer is an American actress and TV personality. People mostly know her for her appearance in the TV series ‘Ladies of London.’ Additionally, she also has a family business: Ignite Group which is a UK based international food, beverage, and entertainment corporation.

Hermer was born in California on December 30, 1981. Throughout her childhood years, she grew up in Newport Beach. Marissa is of American nationality. Furthermore, there are no details available about her ethnic background at present.

Talking about her education, Hermer attended Middlebury College in Vermont.

Hermer initially began working in London and New York after her graduation. Later, she launched a number of luxury restaurants and nightclub brands for Ian Schrager. Her family business: ‘Ignite Group’ is a UK based international food, beverage, and entertainment corporation. Additionally, she has also opened Top Dog in London’s trendy Soho neighborhood. In addition, Hermer gained widespread attention after her appearance in the popular TV show ‘Ladies of London.’

Furthermore, Hermer has also appeared in ‘This Morning’, ‘Steve Harvey’, ‘Watch What Happens: Live’, ‘Home & Family’, and ‘WGN Morning News.’ Marissa also appeared on Meg Resnikoff’s YouTube channel ‘WhatsUpMoms’ in May of 2017. She released the book ‘An American Girl in London: 120 Nourishing Recipes for Your Family from a Californian Expat’ in 2017.

Hermer has not been linked with any award nominations in her career.

Hermer has not revealed her current salary. Furthermore, there are no details available about her estimated net worth at present.

Hermer made the news in 2016 after she defended the controversial parenting choice. Additionally, there are no rumors concerning her life and career.

Talking about her body measurement, there are no details available relating to Hermer’s height and weight. Her hair color is blonde and her eye color is blue.

49-year-old model and TV personality Annabelle Neilson is no more! But is someone using her Instagram?