Updated On January 29, 2023 | Published By: Ainsley
Share this
Divorce 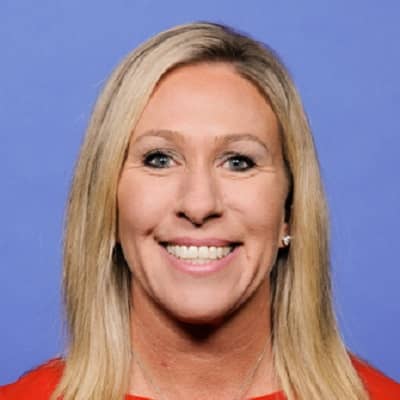 Did Marjorie Taylor Greene separate with her husband?

Marjorie Taylor Greene was married to Perry Greene. The pair tied the knot in the year 1995.

They are the parents of three children. In September 2022, it was reported that they filed for divorce and that their marriage was “irretrievably broken”.

Who is Marjorie Taylor Greene?

She has served as the U.S. representative since 2021 for Georgia’s 14th congressional district.

Taylor was born on May 27, 1974, in Milledgeville, GA. As of 2022, she is 48 years old. Talking about her nationality, she holds an American identity and belongs to the Caucasian ethnicity.

Taylor and her husband Perry bought Taylor Commercial, a general contracting firm based in Alpharetta, Georgia from Greene’s father in 2002 where the couple serves as the company’s vice president and president respectively.

From 2007-2011, she was listed as the chief financial officer of Taylor Commercial. Later, Greene resigned as the company’s CFO in 2011 and began CrossFit training.

In an interview in 2015, she stated that she and Mayor founded the gym.

Greene clarified in 2021 that she got politically engaged during the 2016 Republican presidential primaries. Likewise, Marjorie made the travel to Washington D.C in 2017 to protest a Republican gun control compromise.

Greene who resides in the 6th district launched her campaign on June 4, 2019. Likewise, she announced her campaign shift to the congressional District on December 13, 2019, after elector Tom Graves announced he would not run for reelection.

Marjorie made a speech at a gun pro-rights demonstration in Villanow on February 29, 2020, organized by Silent No Longer.

The Federal Election Commission asked for information from Greene’s husband who served as the campaign treasurer for her 2022 reelection, in September 2021 regarding $3.5 million in campaign contributions from unknown donors that were received during the first half of 2021.

Taylor voiced opposition to Michigan’s electoral votes being counted during the electoral vote count, which was rejected by a member of the United States Senate.

She submitted articles of impeachment against Biden on January 21, 2021, the second day of Joe Biden’s presidency alleging abuse of power.

On January 29, 2021, Representatives Nikema Williams and Sara jacobs made a resolution to censure Greene for making threatening comments to her colleagues and to call for her resignation.

Gomez officially introduced his resolution to expel Greene on March 19 which received 72 Democratic votes and no Republican votes.

Likewise, Taylor was one of 21 House Republicans in June 2021 who voted against a resolution to award the Congressional Gold Medal to police officers who defended the US Capitol on January 6, 2021.

Being an American politician, Marjorie earns a wealthy sum of money throughout her professional career.

As per our research, she has an estimated net worth of $1.5 million dollars, whereas her exact salary and earnings are still under review.

Owing to her long professional career, Taylor has not been a part of any controversial news. She has maintained a healthy distance between her professional and personal life.

Marjorie stands at a height of 5 feet and 7 inches and weighs approx 60kgs.

She has a beautiful face with blonde-colored hair and a pair of black eyes.

She is active on Instagram under the username @realmarjoriegreene with over 611k followers and has 1 million followers on Twitter. In addition, she has 417k followers on Facebook.

All her social media accounts are verified.