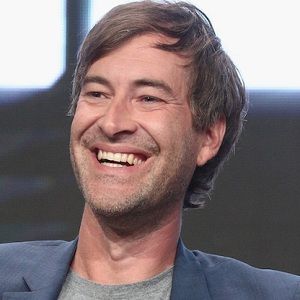 I'm interested to see what happens to Spike Lee with limited resources, you know? I love Spike Lee's movies. But you know what? I kinda liked his movies when he used to scramble and fight more for them

I'll do any kind of movie, as long as it's a good version of it

When you're improvising, it's fun to find something that you can lean on that is similar to your life experience. In my opinion, that's very helpful

'Somewhere in Time' is in the top-five cheesiest movies ever made. It's super melodrama

Mark Duplass is a married man. He is married to Katie Aselton, his co-star from the FX comedy series The League and The Puffy Chair. The couple got married on August 26, 2006. They have two daughters Molly (b.2012) and Ora(b.2007). The couple is happily married to each other.

Who is Mark Duplass?

In 2015 Mark along with Steve Zissis and his brother Jay created a TV series for HBO called Togetherness. Together the brothers founded film production company named Duplass Brothers Productions. His notable works include films such as The Puffy Chair (2005), Jeff, Who Lives at Home (2011) and The Do-Deca-Pentathlon (2015) and others.

Mark was born on December 7, 1996, in New Orleans, Louisiana. His studied at the Jesuit High School as a child and attended the University of Texas at Austin and  City University of New York City College. His was raised in a Catholic family. His father is Lawrence Duplass and Cynthia (née Ernst)  is his mother. His brother Jay Duplass is also in the film industry and they work together as a team. The family belongs to the ancient Cajun ancestry.

Mark Duplass is from a Catholic Family so he attended the Jesuit High School in New Orleans, Louisiana. He attended the University of Texas at Austin with his brother and later at the City University of New York City.  Mark studied Film Arts and hold a degree in the same.

Mark Duplass along with his brother Jay Duplass, has directed, produced, wrote and acted for many films. He started his career as a director from the movie Baghead (2008). He then made several other films like Cyrus(2010), Jeff, Who Lives at Home (2012), The Puffy Chair (2012) and the list continues to grow to the date.

He started acting in 2002 as Brad in short film called The New Brad. His career as an actor also comprises a long list of TV series and Films. Brighter Days, Scrapple, Mars, The Intervention, Convention are few names on the list. He also stars in The League with his wife Katie Aselton which is a comedy series in the FX.

The Puffy Chair co-written by Mark Duplass won the Best Screenplay Awards at the Bend Film Festival. Togetherness a series in HBO that the Duplass brothers created in 2015 got nominated for the 5th Critics Choice Television Awards the same year.

Mark Duplass: Salary and Net Worth

The details on Mark’s salary is undefined and he has an estimated net worth of 3 million dollars.

Mark has not been a subject of any rumors and controversy to this date.

Bromance of Jay Duplass and Mark Duplass in their new book titled ‘Like Brothers.’ The pure relationship started since their childhood