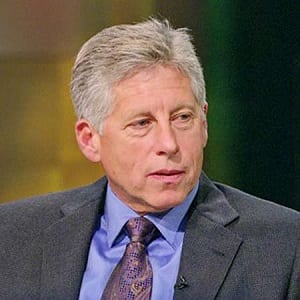 After the Simpson trial, after all the bad things Cochran was claiming, I became the most investigated officer in the history of the LAPD. Not one thing like that was found in my record. No one ever filed a complaint claiming they'd heard me say anything like that, let alone mistreat a black prisoner in any way. That's because I never did. Am I a racist? No. That simple. And if that's not good enough for you, too bad.

Mark Fuhrman has been married three times in his career. He has been married to Barbara L. Koop, Janet Ellen Sosbee, and Caroline Lody. From his marriage to Lody, he has two children, a daughter Haley and a son Cole.

Who is Mark Fuhrman?

Mark Fuhrman is a former detective of the Los Angeles Police Department. People mostly know him for his part in the investigation of the O.J. Simpson murder case. Additionally, he has also written true crime books and hosted talk radio.

Fuhrman was born in Eatonville, Washington on February 5, 1952, to parents Billie Fuhrman and Ralph Fuhrman. He joined the Marines when he was 18 years old. He is of American nationality. Furthermore, there are no details available about his ethnicity at present. His parents divorced when he was seven years old.

Fuhrman served in the Vietnam War. Later, he entered the Los Angeles Police Academy and graduated in 1975. Additionally, he was promoted to detective in 1989. He received widespread fame after his involvement in the O.J. Simpson murder case.

He and his superior, Ronald Phillips, were the first detectives to arrive at the crime scene where Nicole Brown Simpson and Ronald Lyle “Ron” Goldman were murdered.

Fuhrman took the witness stand for the prosecution on March 9, 1995.  Johnnie Cochran referred to Fuhrman as ‘a lying, perjuring, genocidal racist’. He was accused of planting the controversial bloody glove on O.J. Simpson’s estate.

Additionally, after his retirement in early 1995, he wrote a book about the Simpson case titled ‘Murder in Brentwood ‘. In addition, his other books are ‘Murder in Greenwich’, ‘Silent Witness: The Untold Story of Terri Schiavo’s Death’, and ‘A Simple Act of Murder: November 22, 1963’ among others. Additionally, currently, he is a forensic and crime scene expert for Fox News.

Fuhrman has not revealed his current salary. However, he has an estimated net worth of around $ 3 million at present.

Fuhrman’s involvement in the O.J. Simpson case attracted numerous controversies along his way. Additionally, he was criticized for being racist which led to the damage to his reputation. At present, there are no rumors concerning his life and career.

Talking about his body measurement, Fuhrman has a height of 6 feet 2 inches (1.88 m). Additionally, his hair color is blonde/grey and eye color is blue.