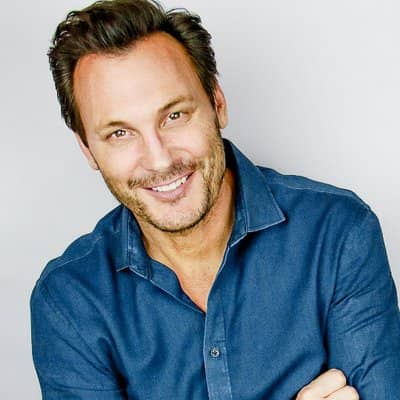 What is the relationship of Mark Gantt?

Mark Gantt has been married to his wife Brianne Davis, an American actress. They tied the knot on January 14, 2015. All of his social media account’s photos, profiles, and post gives their sweet and romantic relationship bonding a strong relationship.

He is happy with his wife and the couple even has a son Davis Nolan from their marriage. Davis was born on April 16, at 8:21 am in Pasadena, California. He weighed 6 lbs, 7 oz, and measured 19¾ inches long during his arrival.

Who is Mark Gantt?

Mark Gantt is an American actor, director, producer, and writer. He is known for his role as Neal Bannen in the web series, The Bannen Way. Furthermore, he has been active on in the industry since the year 1997.

He has not talked anything about his family life. Little is known about his personal and early life. He grew up in his hometown with a law-enforced family.

Mark is of American nationality and of Sagittarius’s birth sign.

Mark Gantt: All about his Career

Gantt started his career with the disaster film Volcano in 1997. Since then, he has appeared in lots of movies, dramas, and television series. He has only appeared in two tv movies Escaping Dad (2017), and D-TEC: Pilot (2013).

He is well known for his role in television series. His TV credits include Criminal Minds; The Arrangement; Barely Famous; American Horror Story; Major Crimes; Bluff; The Inn; Oishi High School Battle; Sound Advice; Once Upon; Leap Year; The Temp Life; What About Brian; The Shield; Alias; Unscripted (uncredited); Without a Trace; Days of Our Lives; Arrest & Trial (documentary); and Buffy the Vampire Slayer.

As of now, he has won 2 times the 2nd Streamy Awards, First Glance Film Festival Philadelphia award, and Indie Cinema Series Award along with several nominations.

Gantt has an estimated net worth of $1 million and lives a luxurious life. He has not given details of his salary.

Mark has not been the headline for any scandals or controversies yet.

Gantt stands 6 feet 2 inches tall and weighs moderately. He has brown color eyes and light brown hair. Other body measurements of his are, however, unavailable.