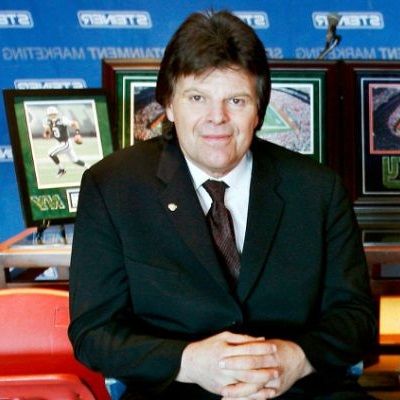 Mark Gastineau has been married three times. He first got married to an actress Lisa Gastineau in Dec 1979. They together shared a daughter Brittny Gastineau who is a TV star plus a model.

He also has an affair with actress Brigitte Nielsen. They had a son named Killian Marcus who was born on Dec 15, 1989.

Mark and Lisa ended their relationship in June 1991. Then in the year 1998, he again tied the knot with another woman Patricia Schorr and ended it in 2000.

Mark’s third marriage was with Jo-Ann Voorhees. They exchanged vows on Dec 20, 2007.

Who is Mark Gastineau?

Mark Gastineau is an American sportsperson. He is a former boxer and football player who used to play as a defensive end.

His mother’s and father’s names are Lou and Ernie Gastineau respectively.

Regarding siblings’, he hasn’t revealed any details.

He belongs to the mixed ethnicity of English, Scottish, Irish, German, Welsh, and French Huguenot, and Dutch.

During an interview in 2019, Mark revealed that he was raped when he was a teen. The man who raped him was Mexican who used to work on his family’s ranch.

This sexual abuse continued for three years until Mark was 14 years old.

Regarding his academics information, he attended Round Valley High School and Eastern Arizona Junior College.

He then joined Arizona State University but only for one season and was shifted to East Central University.

Mark suffered and diagnosed with not only one but three diseases in 2017. They were Dementia, Parkinson’s disease, and Alzheimer’s disease.

He also suffered from colon cancer in March 2019.

Mark Gastineau is a popular face of the sports industry. He started to play football from his academic days.

Then after seeing is amazing playing styles, Matt was signed by the New York Jets. He played or them from 1979 till 1988.

After this, Mark announced his retirement. He claimed that his fiancee Brigitte is suffering from uterus cancer.

Then in 1990, Mark came back and signed a contract with BC Lions. But he played only four games and got injured. So the BC Lions released him form the team.

Besides football, Mark also took boxing as a profession. He started to fight from 1991 and his debut winning fight was with wrestler Derrick Dukes.

But after the fight with Alonzo Highsmith in 1996, his boxing career ended. He has won altogether 15 matches and lost two times.

Mark Gastineau has won many awards and titles through his playing style. He was a Pro Bowl and All-Pro from 1981-1985.

Mark Gastineau is an excellent player but was arrested three times. First, he was sentenced to 90 hours of community service in 1984. The charge was for assaulting a patron at Studio 54.

Then in 1991, he entered jail for three tears probation for receiving an amphetamine pills package. Again in Sep 2000, he went for 18 months in jail due to anger management problems as he hit his wife Patricia.

This sportsman has an estimated net worth of $3.5 million. In 1984, he signed five year deal with NFL in sacks for $4 million.

Regarding Mark Gastineau’s body features, he has green eyes and dark brown hair. His height is 6 ft 5 inches and weight is 121 kg.