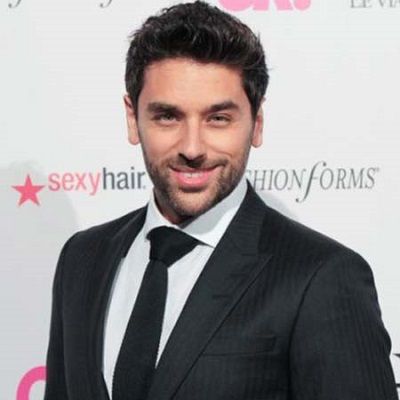 Mark Ghanime keeps it secret when it comes to his relationship status. Up to now, he hasn’t been seen dating anyone.

He is popular for his different roles as Major Sergio Ballesteros on the Syfy series Helix and as Don Carlos on The CW series Reign.

Ghanime was born on December 1st, 1977, in Calgary, Alberta, Canada. His mother was Canadian and father was a Lebanese, He was raised up in Montreal, Quebec. He is fluent in three languages; English, French, and Arabic from an early age.

He was interested in the film industry from a young age. So after high school, he started taking vocal classes and learning dance decided to pursue a career in acting.

Mark began his acting career doing commercials. He was cast in his first guest-starring role as Graham in the CBC Television series Wild Roses. Then he did movies as well.

Calgary native star, Ghanime has bagged 34 credits as an actor from his filmography. In 2019, he worked in the TV mini-series Dark Universe as Ryan Runyon and in short film Quantum Knights as Oliver Knight. Aside from it, he has appeared in various TV shows and series.

Yet he hasn’t received any awards or honors for his work.

Mark Ghanime stands with a height of 5 feet 10 inches and weighs 89 kg. He has dazzling greenish eyes and black hair.