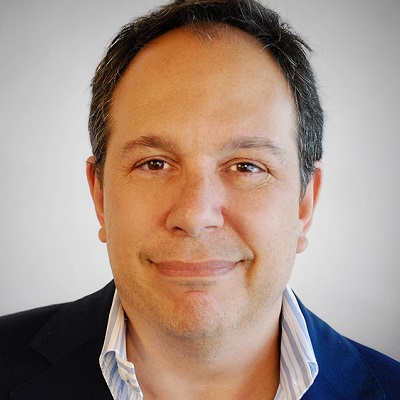 People appreciate directness and honesty. The best bullshit is truth because it's totally disarming.

Most people think, 'Oh, the producer's the guy who gets the money.' And that's part of it. But the producer also develops the script, brings in the director, works as an editor, is involved in the marketing. It's really hard to define.

And the older I get, the less the idea of failure has any meaning. Just because something doesn't work, doesn't mean you've failed.

Mark Gordan was married to Karen Villeneuve. They married in 1997. But they divorce in the year 2003. With her, he has two daughters. At present, he is married to Sally Whitehill in 2011. This couple has not disclosed their children details and is still together.

Who is Mark Gordon?

The American television and film producer Mark Gordon is a former President of the Producers Guild of America. Similarly, he was named the President and Chief Content Officer of Film and Television of Entertainment One in the year 2018 in January.

Likewise, he currently serves as an executive producer on Grey’s Anatomy, Criminal Minds, and Ray Donovan.

He was born on 10th October 1956 in Newport News, Virginia, US. There is no information about his parents and siblings. He likes to keep his information personal so he has not revealed his personal life.

Besides, he belongs to American nationality and his ethnicity is unknown.

Talking about his education, he graduated from New York University Film School.

Talking about his career, his first producing effort was the Off-Broadway production of The Buddy System at Circle in the Square downtown. Similarly, in the television arena, he currently serves as an executive producer on Grey’s Anatomy, Criminal Minds, Ray Donovan, Quantico, and the franchise spin-off Criminal Minds: Beyond Borders for CBS.

Likewise, Mark Gordon’s past film credits include Saving Private Ryan, 2012, The Day After Tomorrow, Speed, Source Code, The Messenger, and The Patriot. Similarly, as an executive producer and financier, his credits include Lara Croft: Tomb Raider, Wonder Boys, The Painted Veil, A Simple Plan, and Primary Colors.

Moreover, he is the President Emeritus of the Producers Guild of America, having served as its President from 2010 through 2014. In the year 2015, The Mark Gordon Company partnered with Entertainment One to create an independent television and film studio as eOne acquired a 51% of the production company.

Likewise, he won BAFTA Awards for Best Children’s Feature Film for Paulie. He also won CinEuphoria Awards for Freedom of Expression- Honorary Awards for The Messenger.

The estimated net worth of Mark is around $65 million. He has earned most of his net worth from his film and TV productions. He might earn a huge amount of money but he has not disclosed his salary and incomes.

Talking about Mark Gordon’s body measurements, he has a decent height and weight. His hair color is salt and pepper and he has dark brown eyes.

The 2018 Apprentice winner Sian Gabbidon talks of her role models and inspiration, and boyfriend Clint Gordon!

Nick Gordon: his new legal troubles, his affairs and his strained relations with his late girlfriend’s family: Click on to know all about it!