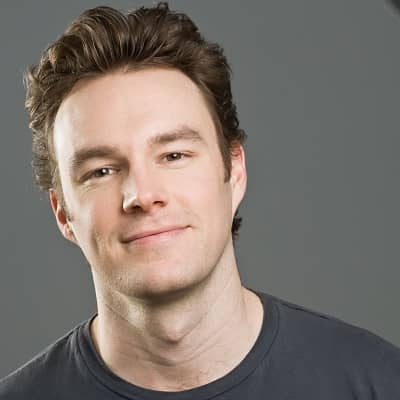 Mark Hildreth is most probably single as of now. His last girlfriend has not been named but we do know that she was also an actress.

The two were part of the cult NXIVM but they broke up after the actress was blackmailed into having sexual relations with the cult’s leader Keith Raniere.

Mark hasn’t shared his ex’s identity for her own safety and it’s unclear whether he knew she was being blackmailed at the time of their break up.

The break-up finally opened Mark’s eyes to the cult and he silently left them in 2016. The unnamed actress suffered a lot though, but the cult was eventually brought down after she filed police complaints with a lot of evidence behind it.

Subsequently, both Keith and Allison Mack who blackmailed her were sent to prison along with a number of other members.

Before this, Mark was in a relationship with Kristin Kreuk. Kreuk is also a popular actress best known for her role in the TV series Smallville. The two started dating in September 2004 but both haven’t shared when they broke up. Mark also brought his ex into NXIVM in the 2000s after a while she left and the relationship also crumbled.

Who is Mark Hildreth?

Mark Hildreth is a popular Canadian actor. He is best known for his roles in popular TV shows and movies such as resurrection, Tudors, and Young Blades.

Most recently, he appeared in 2018’s series The Hollow and 2019’s Escaping the Madhouse: The Nellie Bly Story.

Mark Hildreth was born on the 22nd of May, 1980 in Vancouver, British Columbia, Canada. As of now, his age is 41. His nationality is Canadian but he hasn’t revealed his ethnicity as of now.

Hildreth hasn’t shared any information regarding his parents, not even their names. He is quite private when it comes to his personal life. Due to this, nothing is known about his siblings as well. Still, we do know that Mark was interested in acting from a young age as he performed voice acting roles from a very young age.

Talking about his education, Mark graduated from a local high school in Canada. After this, he polished his skills in acting by attending The National Theatre School of Canada.

Mark started his acting career when he was just 10 years old. His roles during this time were all voice acting roles. His best-known performance from this time was Beany in the animated TV series Beany and Cecil.

These roles helped him become more interested in acting and he pursued it as a career. And after he graduated from theater school, he started appearing in plays.

His theatre credits include Hamlet, Bard of the Beach, and Candida. And after gaining a bit of experience, Mark transitioned to acting a lot more in films and TV shows.

He has given voices to characters in shows such as The New Adventures of He-Man, G.I. Joe, Action Man, and many more. Mark is also well known as the voice of Quicksilver in the animated series Wolverine and the X-Men.

But his best-known role by far has to be his portrayal of Reginald Pole in the TV series The Tudors. The series was quite popular and despite Mark’s minor role, he gained a lot of popularity.

He also appeared in the popular TV series Supernatural, Resurrection, and more recently he appeared in Netflix’s series The Hollow. On top of his successful acting career, Mark is also a keyboardist and singer. He writes and sings original songs and has released two albums as of now.

Mark has won a Jessie Richardson Award for best performance by an actor in a leading role for his portrayal of Eugene in the comedy play titled Candida.

Mark has accumulated a net worth estimated to be in the range of 1 to 5 million USD as of now. He hasn’t shared anything regarding his annual salary.

Mark is a subject of a number of controversies as he was formerly a part of the sex cult NXIVM. And more recently after Mark left, the cult was exposed and its founder Keth Raniere and many members have been sent to prison.

While the cult was branded as a self-help group, it was involved in criminal acts of sex trafficking, forced labor, and racketeering. Mark silently left the cult in 2016 and hasn’t been charged with anything but he has remained silent when asked about the cult.

Hildreth stands at a height of 5 feet 11 inches tall and his weight is roughly 70 kilograms. He is quite good-looking and has a fit and athletic physique. His hair is brown and his eyes are light brown in color.

Get to know more about the lives of Kristin Kreuk and Keith Raniere as well.