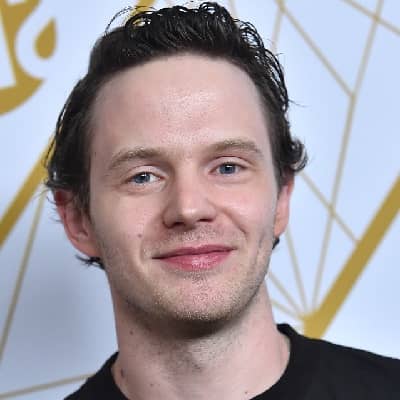 Mark O’ Brien is a married man. He exchanged vows with Georgina Reilly on 06 Jan 2013. His wife is also a TV and movie actress.

Mark proposed to her in New York in 2012 and they got engaged. Their wedding took place at The Drake Hotel, Toronto and it has soft, simple, pretty floral arrangements.

The bride’s gown was designed by Vera Wang White collection and Mark wore a tux Hugo Boss from Harry Rosen. Later for the party, Georgina was seen wearing attire made by French Connection.

Together this couple is blessed with a child. They welcomed their daughter in Nov 2017 and named her Penelope O’Brien.

Who is Mark O’ Brien?

Mark O’ Brien is a Canadian actor. He is popular for his appearance in Republic of Doyle as Des Courtney.

He was also seen as Tom Rendon in Halt & Catch Fire. His latest movie Blue Bayou is set to hit the cinema hall in June 2021.

He was born on 7 May 1984 in St. John’s, Newfoundland, and Labrador, Canada. The name of his father is unknown and his mother’s identity is also not known.

However, his mom is a nurse and his dad is a truck driver. Similarly, he has three sisters who are older than him.

Moreover, his ethnic background is Caucasian. He studied at the Memorial University of Newfoundland and got his BA degree in English major.

Mark O’Brien is known for appearing in a comedy-drama series named the Republic of Doyle. In it, he played the character of Des Courtney from 2010 till 2014. The other cast of this series is Allan Hawco, Lynda Boyd, Sean McGinley, and more.

In 2009, he was seen as Will in Grown Up Movie Star, and in 2015 he played the role of Zach in Len & Company. His other notable big-screen projects are How It Ends, Kin, The Front Runner, Ready Or Not, Marriage Story, and many more.

This actor has an estimated net worth of $5 million as of the year 2021. As per the reports, the average salary of an actor is $50k.

This Republic of Doyle‘s star has not been involved in any sort of rumors or scandals yet and is doing great in his digital career.

Regarding Mark O’Brien’s body features, his height is 6 ft 2 inches and his body weight is unknown. Moreover, the color of his eyes is blue and his hair is dark brown in color.

Mark is available on social sites. His Twitter account is followed by over 21.3k followers and he joined it in March 2011.