(American musician, Drummer of the band, Foster the people) 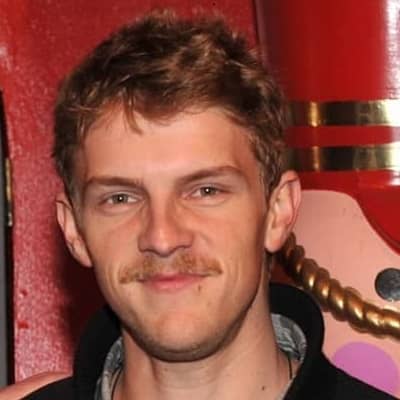 What is the relationship of Mark Pontius?

Mark Pontius is already a taken and a father of a daughter. He is engaged to Caroline Walkup who is an interior designer.

Mark keeps a low profile when it comes to his personal life so, the details regarding their wedding are under the curtain. On April 16, 2019, the couple is blessed with a daughter named Sunday Lane Pontius. Furthermore, Pontius lives in Nashville, Tennessee.

Who is Mark Pontius?

Mark Pontius is an American renowned musician. He is a founding member and a drummer of an American indie pop band, Foster The People. The musician is also a former member of Los Angeles based indie-pop band, Malbec

How many siblings does Mark Pontius have?

The musician was born on the 3rd of January 1985, as Mark Andrew Pontius. He hails from Orlando, Florida, U.S. He holds an American nationality and mixed ethnicity of English, German, Irish, and Swiss-German.

The identity of his parents is Lawrence Lee “Larry” Pontius (father) and Harriet Pontius (mother). He has a sister named Rebecca Pontius.

Moving towards his academics, Pontius studied at Lyman High School in Longwood, Florida, and graduated in the year 2003.

For further studies, he moved to Los Angeles to study cinematography where he attended film school. However, he later pursues his career in music after graduation.

After graduation, Mark joined a Los Angeles-based indie rock band, Malbec. The band was made of three friends Pablo Signori, Nick Ruth, and Sam Barbera who are the student of Indiana University.

Similarly, they self produce another EP titled “Dawn of Our Age and released in the year 2008 via Double O Buffalo. In December 2009, Pontius parted ways from the band to found his own band. At that time, he has a nascent relationship with Mark Foster who is now a lead singer of the band, Foster the people.

Pontius was quite impressed by the number and diversity of songs that Foster had written. Then they decide to formed the band and played their first show on October 7, 2009, at the Dakota Live Music Lounge. Similarly, they added a bassist, Jacob “Cubbie” Fink.

Eventually, the song peaked at number three on the Billboard Hot 100 starting with the week of September 10, 2011. Also, It was nominated for the 2012 Grammy Award for Best Pop Duo/Group Performed.

To date, Pontius hasn’t faced any sorts of rumors and scandals that create a huge buzz in the media. Also, she stays miles away from such controversial acts and disputes that could hamper his personal and professional life.

Mark might have earned a handsome amount of fortune throughout his musical career. But he hasn’t yet revealed his exact figure amount of yearly income, and other assets in the media. As of 2023, he has an estimated net worth of $1.5 million.

How tall is Mark Pontius?

The musician has an impressive height who stands at the height of 6 feet 1 inch tall. He has fair complexions and has a brown pair of eyes color. Likely, he has a brown hair color. Further, his other body measurement is not available.

The musician is active on Instagram under the username @5uitnop where he has more than 17.2 k followers. Likely, he has a verified Twitter account where he has over 6k followers. Pontius has a Facebook page with nearly 1.8k followers.