As per sources, Mark Riccardi is possibly single and is not dating anyone.

There is no information about his past as well as present relationship. He has maintained his private life away from media and limelight. 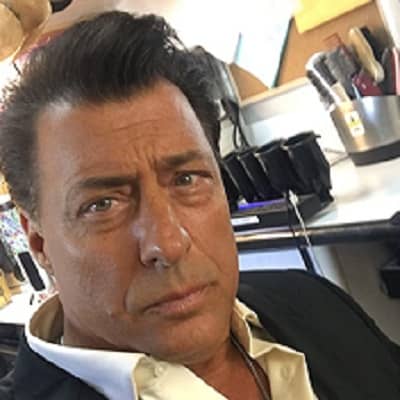 Who is Mark Riccardi?

Mark Riccardi is a Producer, Director, stunt actor, and coordinator from Santa Clarita, California, and has 25+ years of Stunt Coordinating experience. He has performed and choreographed stunts on many prime-time television shows.

Currently, he is producing a reality show Hollywood Stunt Girls, a skateboarding feature Sk8hard, a comedy feature Shabbos Night Fever and a parody The Bouring Identity.

He attended his high school in South Plainfield High School and later studied at Potomac State College and then at West Virginia University.

Mark has not disclosed any information regarding his family background.

Riccardi is a brilliant stunt performer, Producer, and Coordinator from Santa Clarita, California. He has worked in several TV shows and films and started his career in the 1980s as a stunt.

He became a stunt performer in the early 80s. Also, he has done stunts on Star Trek: The Next Generation, Star Trek: Deep Space Nine, and Star Trek: Voyager.

He was one of the stuntmen who doubled actor Jonathan Frakes in various episodes of The Next Generation and in Star Trek Generations.

He has also worked stunts in the pilot episode of Kiefer Sutherland’s show Touch in 2012. Moreover, he is mostly known for constantly doubling for actor John Travolta on films like Get Shorty, Broken Arrow, Face/Off, A Civil Action, The General Daughter, Battlefield Earth, and Swordfish.

Mark newly formed a production company Take-Two Entertainment with a stunt reality show named “The Hollywood Stunt Girls” as well as the reality show “The Mamalukes”.

The estimated net worth of a stunt performer is $1.4million.

However, his exact net worth, brands, cars, mansion are under review.

Mark Riccardi has not been a part of unnecessary rumors or controversy. He keeps himself away from all the scandals and has maintained a clean profile up to date.

There is no detailed information regarding his body measurements including height and weight.

He has a pair of brown eyes and black colored hair.