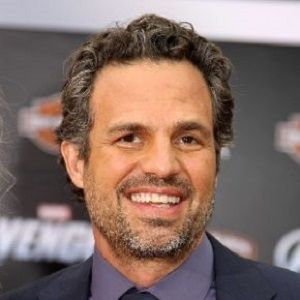 A lot of people are living with mental illness around them. Either you love one or you are one

Also, stick around. Don't lose your heart, just keep going, keep at it

I think we've all been kind of... everyone's been hurt, everyone's felt loss, everyone has exultation, everyone has a need to be loved, or to have lost love, so when you play a character, you're pulling out those little threads and turning them up a bit.

Mark Ruffalo is married to a beautiful actress Sunrise Coigney

Mark Ruffalo is a married man for a long time. He is married to the beautiful American actress Sunrise Coigney.

Mark and Sunrise got married on 11 June 2000. The couple together has a son named Keen and two daughters named Odette and Bella.

They have been married for 17 years now and their relationship is still going very well. There are no other records of his past and present relationships.

He currently resides in Manhattan with his family.

Who is Mark Ruffalo?

He is best known for his roles in such films as Spotlight, You Can Count on Me, Eternal Sunshine of the Spotless Mind, Zodiac, Foxcatcher, and Shutter Island.

He is also known for playing the character Bruce Banner/The Hulk in Marvel’s Avengers franchise.

Mark Ruffalo was born as Mark Alan Ruffalo on 22 November 1967, in Kenosha, Wisconsin, USA. Mark is an American by nationality and he is of Italian and French-Canadian ethnicity.

His mother, Marie Rose is a hairdresser and stylist, and his father, Frank Lawrence Ruffalo, Jr. worked as a construction painter.

His father is of Italian descent and his mother is of half French Canadian and half Italian ancestry. He has two sisters named Tania and Nicole, and a brother named Scott, who died in 2008.

He struggled with undiagnosed dyslexia and ADD as a child and a young adult.

He graduated from First Colonial High School in Virginia Beach and then moved with his family to San Diego, California.

Mark began his career in theater production. He wrote and starred in several plays of his own Orpheus Theatre Company productions.

He made his movie debut in the 1992 movie Rough Trade, playing Hank.

In 2000, he played the role of Terry Prescott in You Can Count on Me and won awards at the Los Angeles Film Critics Association and Montreal World Film Festival.

In 2010, Mark won an “Academy Award for Best Supporting Actor” for his performance in The Kids Are All Right.

Since 2012, he played the character Bruce Banner/The Hulk in Marvel’s Avengers franchise.

Mark Ruffalo:  Salary and Net Worth

Throughout his successful career as of 2022, he has accumulated a net worth of 36 million dollars.

It seems Ruffalo is doing the best job without harming others and has been a straight person in his life, for which he has not been in any controversy yet.

Mark has a height of 5 feet 8 inches. His bodyweight is 72kg.

He has black hair and his eye color is dark brown.

Besides these, his chest size is 42 inches, waist size is 34 inches and his Biceps size is 15 inches.

Also get to know more about the birth facts, education, career, net worth, rumors, height, and social media of different personalities like Gelila Bekele, Joaquin Phoenix, and Gillian Anderson.