Mark Spitz is an American former competitive swimmer and nine-time Olympic champion. He is married and a father of two.

Mark Spitz is a married man and is living with his wife. He exchanged vows with his longtime girlfriend, Suzy Weiner.

She was a former UCLA theater student, and part-time model when they had an affair. 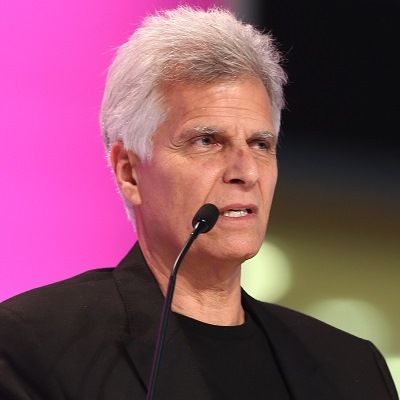 Part of winning is the phenomena of being able to convince those that compete against you that they are competing for second.

Who is Mark Spitz?

Mark Spitz is an American former competitive swimmer and nine-time Olympic champion. Likely, he won seven gold medals at the 1972 Summer Olympics in Munich, all in world record time.

At present, for his living, he is a corporate spokesperson and motivational speaker.

Mark was born in Modesto, California, the United States on 10 Feb 1950, as Mark Andrew Spitz.

His father’s name was Arnold Spitz and his mother’s name was Lenore Spitz. Whereas, as a little boy he joined the Arden Hills Swim Club in Sacramento with swimming coach Sherm Chavoor and competed at his local swim club.

He proved to be a child prodigy and created 17 national age-group records and one world record even before he turned ten. At the age of 14, he trained with coach George F. Haines of the Santa Clara Swim Club.

There is no information about his brother plus sister. Mark holds American citizenship and Ashkenazi Jewish ethnicity.

Talking about Mark’s education history, he attended Santa Clara High School from 1964 to 1968, and during his four years there, he held national high school records in every stroke and in every distance.

Then, he attended Indiana University.

Talking about his profession, during 1965, Mark Spitz participated in his first international completion—the Maccabiah Games—where he won four gold medals and was named the most outstanding athlete. In the year 1966, he won the 100-meter butterfly at the AAU national championships, at the age of 16. He then won five gold medals at the 1967 Pan American Games, a world record at that time.

Disappointed by his Olympic experience, the determined young man joined the Indiana University in 1968 as a pre-dental student, primarily to train under legendary Indiana Hoosiers swimming coach Doc Councilman.

In addition,  Spitz created history at the 1972 Summer Olympics in Munich by winning seven Olympic gold medals across individual and team competitions and by creating a new world record in each of the seven events. By doing so, he surpassed his own prediction of winning six gold medals.

His Olympic achievements made him a sporting superstar but the young man announced his retirement soon after. Aged just 22, he left competitive swimming to focus on other career options.

In 1973–74, Spitz appeared on TV’s ‘The Tonight Show Starring Johnny Carson’ and ‘The Sonny and Cher Comedy Hour.’ He also appeared in a number of Schick razors commercials.

After a few years as a broadcaster, he focused on the real estate business. Over the years he pursued various entrepreneurial projects with former NBA player Rick Barry and has also found considerable success as a motivational speaker.

He has an estimated net worth of around $20 million (as per 2022 data) and he has earned that sum of money from his professional career.

In the year 1998, he appeared in a TV commercial for PlayStation. He had bagged $6 million dollars in his bank deposit through the endorsements.

There are no drastic rumors regarding Mark’s personal and professional life. It seems like he is doing the best job without harming others for which he hasn’t been a part of controversy yet.

Mark Spitz has a height of 6 feet and he weighs is 73Kg. His hair color is black and his eye color is dark brown.

Also, read the affair, salary, net worth, controversy, and the bio of Michael Phelps, Robby Hayes, and Ryan Lochte.