Updated On November 27, 2022 | Published By: Frank Ingram
Share this
In Relation 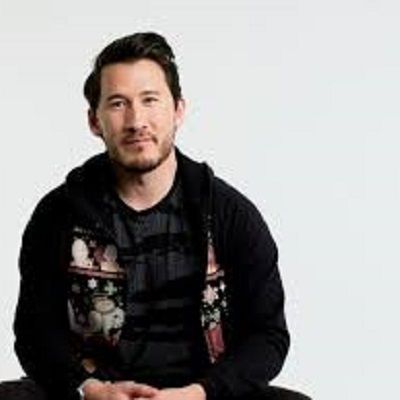 You do you,and I'll do me,and we won't do each other,probably

Sometimes you must reach beyond yourself to reach yourself within.. yourself

Life is hard,Should you be too?

Space is so fucking awesome.

Relationship Status of Amy Nelson? Who is he dating now?

Markiplier is openly dating Amy Nelson, a graphic designer, and an illustrator since the latter stages of 2015.

The pair first appeared together in public at VidCon 2016. Amy, shortly after that event confirmed her relationship with the YouTube personality and since then, she is seen in his videos sometimes.

Mark seems very comfortable with her. The couple is private about their personal life.

However, they do share a little of their love life now and then on social media sites.

He is one of the most popular YouTubers with around 24.2 million subscribers and around 11.5 total video views.

His father is of  German origin and served in the U.S. military There, he met his wife and Mark’s mother who is of Korean origin.

However, their identities have not been revealed yet. He also has an older brother named Thomas Jason “Tom” Fischbach.

His ethnicity remains unknown. However, his nationality is American.

Markiplier graduated from  Milford High School. After that, he studied to become a biomedical engineer at the University of Cincinnati.

However, he dropped out of college to focus on his YouTube career.

Mark created a YouTube channel named ‘Markiplier’ on May 26, 2012. Firstly, he started off with a playthrough of the video game ‘Amnesia: The Dark Descent.

After that, he went on with many other game series such as ‘Dead Space’ and ‘Penumbra.’

Unfortunately, he faced a ban of his AdSense account by YouTube itself, Which forced him to create a new channel. He started his new channel titled ‘MarkiplierGAME’.

He started his collaboration with the YouTube channel ‘Cyndago’. However, this channel was later disbanded following the untimely and shocking demise of one of its creators in September 2015.

Many of the original songs on this channel also featured Markiplier. After some time, his own channel ‘MarkiplierGAME’ became hugely popular and by October 2015 his channel already had around 10 million subscribers.

In November 2014, Mark joined the board of ‘Red Giant Entertainment’ which is a comic book publisher and transmedia entertainment company.

There, he remained a co-host alongside voice actor Janet Varney at the 2015 South by Southwest Gaming Awards.

Throughout his career, Mark has collaborated with many other YouTubers including PewDiePie, Jacksepticeye, and LordMinion777.

Furthermore, he has also collaborated with celebrities such as Jimmy Kimmel and Jack Black.

Moreover, Mark has also tried his hands at acting. He debuted in the American science fiction comedy film ‘Smosh: The Movie.

Following this, he was also featured on other TV and web series such as ‘Table Flip’, and ‘Grumpcade’ among others where he portrayed himself. He was also famously featured in the video series YouTube Rewind of 2015.

His most popular videos include ‘Five Nights at Freddy’s 4 reaction compilation’, ‘Markiplier Animated| YANDERE SIMULATOR’, ‘A DATE WITH MARKIPLIER’ etc.

In his career as a Youtuber, Mark has received nominations for his work and won awards too. In 2016, he won the Make-A-Wish Foundation Award Ceremony Celebrity of the year award.

Similarly, he also won the Golden Joystick Awards for Best Streamer/Broadcaster in 2017.

Furthermore, he has received nominations for Streamy Awards and Shorty Awards for the category of Gaming.

Markiplier is one of the highest-earning stars on YouTube today. He has a massive net worth of $35 million as of 2022.

Furthermore, he has an annual income of around $12.5 million. He earns money from his YouTube videos.

He also has sponsorship deals and gets paid a lot for advertisements.

Markiplier was criticized for using clickbait in his videos.

Similarly, his fans also criticized him for his merch Cloak for high prices.

Mark has a height of around 5 feet 10 inches.

In addition, he has a reported weight of about 79 kg. Moreover, he has brown eyes and black hair.

Markiplier is a popular name on social media sites. He has around 13.1 million followers on Twitter.

Also, he has around 8.5 million followers on his Instagram.

You may also like to read about the bio, career, and net worth of  Patty Mayo, PewDiePie, and Roman Atwood.