Updated On October 12, 2022 | Published By: Brandy Stratton | In Child , Married , Pregnant
Share this 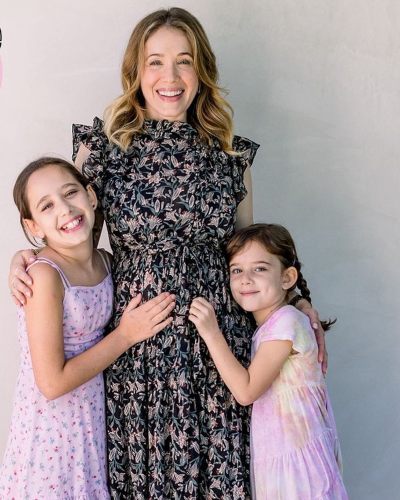 Baby no. 3 of Marla Sokoloff and her husband Alec Puro are on the way! Marla announced her third pregnancy. She and Alec have two daughters Elliotte Anne and Olive Mae.

“2021 gave us the surprise of our lives… baby girl coming early 2022. After losing my dad at the beginning of the year, this truly feels like an extra special gift that he sent to me.”

So, the mother of two daughters will welcome her third one in early 2021. She is thrilled to welcome her upcoming baby. Talking of Elliotte and Olive, Marla revealed that they are going to be amazing big sisters. The happiness came months after her dad’s death.

Recently, she gave a tribute to her father and wrote,

“First one. It’s harder than I imagined it would be, to be honest. I love this picture because it was just so us. You were probably telling me not to mess this up, because you really loved @alecpuro. Miss you today, tomorrow, forever, and always Dad. Xo,”

Sokoloff has proven to be an amazing mother and she will be the best to her upcoming child. It is not known if they have selected a name for their third daughter or not.

How much is Marla Sokoloff’s net worth?

Marla Sokoloff has an estimated net worth of $500 thousand. The movies and TV shows Marla are Rose All Day, Bionicle: The Legend Reborn, Play the Game, Love on the Side, The Tollbooth, Sugar & Spice, and more.

Likewise, she has appeared in TV series like Fuller House, The Fosters, Big Day, Modern Men, The Practise, Over the Top, Party of Five, Full House, and more.

Marla Sokoloff is an American actress who is best known for her role as Lucy Hatcher on the ABC sitcom Fullhouse. She is also well recognized for her performance as Gia Mahan on Fuller House. Read more bio…