Marley Dias is popular for launching a campaign that is named #1000BlackGirlBooks.

Marley Dias’s at present is possibly single. Her affair plus boyfriend details are not yet revealed. 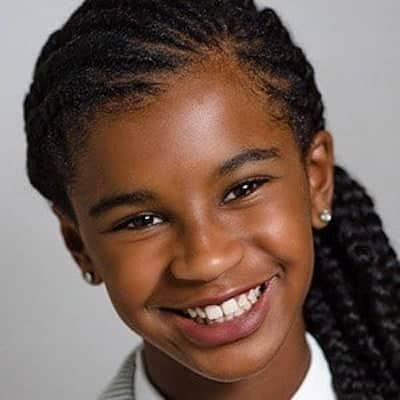 That kids’ voices need to be heard more by adults. Kids have a voice that’s getting drowned out by our school system, our parents, and caregivers in our community. Through my campaign, I want to give kids a stronger sense of identity

I get to read a lot of new books. I can’t really pinpoint one. But Brown Girl Dreaming, by Jacqueline Woodson, is one of the Number 1 books I’ve ever read

Always follow your passion. If you like basketball, play basketball. That’s your thing. If it’s what you love, you’ll continue to do it even if you don’t always feel successful. My book has information about how passion and frustration can be blended in a way that’s really efficient.

Who is Marley Dias?

Marley Dias is an American activist and writer. She is popular for launching a campaign that is named #1000BlackGirlBooks.

Also, for her amazing works, she is awarded Smithsonian Ingenuity Award, Ebony 100, and many more.

Her birthdate is 04 Jan 2005 and the place she was born in Philadelphia, Pennsylvania, USA. The name of her mother is Janice Johnson Dias and her father’s name is Scott Dias.

Her mom along with other people has founded GrassROOTS Community Foundation.

Similarly, Marley’s ancestry is a mix of Jamaican-Cape Verdean and as per her academics, is currently studying at West Orange High School.

Marley Dias at a young age has become a popular face. In Nov 2015, she founded a campaign called #1000BlackGirlBooks. In this, she focuses on giving credits to literature featuring black female protagonists.

She aimed of collecting more than 1,000 books and donate them to needy students. As an author, she is the writer of Marley Dias Gets It Done (2018) plus she was the host of #BookmarksNetflix and Girls Can Do.

In addition, Dias appeared was seen on The Nightly Show with Larry Wilmore. She interviewed personalities like Misty Copeland, Ava DuVernay, and Hillary Clinton that was done for Elle.com.

By the records of 2022, she has a net worth of around $100k (estimated). Her annual salary is not disclosed.

This young activist is keeping herself away from rumors and desperate scandals.

Marley Dias’s height and body weight are average. Also, she has black eyes and has hair in black color.