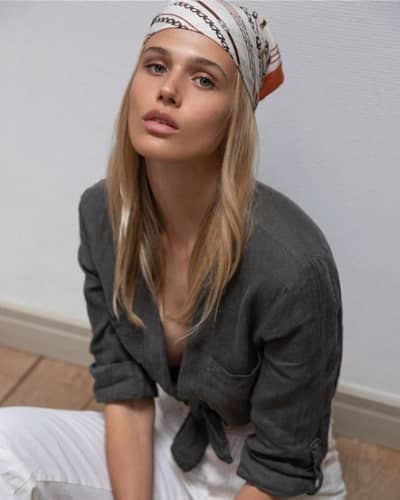 Marloes Stevens is a model who has modeled for many brands. She has worked for companies like Ralph Lauren and W Beauty. Marloes has posed for bridal designers and has attended the Martha Stewart Weddings Bridal Fashion Week Party in October 2016.

Where is Marloes Stevens from?

Marloes Stevens is from Ghent, Belgium as per her Facebook account. Her brother Jelle Phtevens and younger sister Merel Stevens along with her family seem to be living in Belgium at present. Her sister Merel is a producer. She has shared multiple pictures of her childhood mostly with her father.

Her brother has also shared family pictures on his Instagram.

Also read Who is Arthur P. Becker? Know about her age, married life and Divorce from Vera Wang, net worth, biography

Cody Simpson has moved on from Miley Cyrus. He is now dating Marloes Stevens. He went Instagram official with her after his mother Angie Simpson posted a photo of them on Instagram. It was a festive holiday photo in which Cody was standing close to her during the Christmas celebration.

In one of the pictures, they were wrapping their arms around each other as they posed in front of the fireplace. Cody was in a black suit with a white shirt and black tie.

Marloes is a beautiful metallic dress. It is not known when they exactly started dating but they were rumored to be dating from 4th November 2020.

Marloes was photographed giving Cody a quick kiss on his cheek when they were out on lunch with their friends. Similarly, they were seen holding hands with each other. Also, fans found out that they were following each other on social media.

Not just that they have been seen flirting with comments on Instagram. On 28th December 2020 post of Marloes sipping her morning coffee Cody left a ‘Good morning’. One of the Instagram users named ‘codyintinfoil’ replied to Cody’s comment writing,

Marloes Stevens has around 9.4k followers on her Instagram. Her Instagram followers have increased since her name was connected with Cody Simpson. She shares her various modeling shots. Marloes loves traveling as she has traveled to multiple places like New York, Antwerp, Indiana, Upper Yosemite Falls, Traders Point Creamery, Paris, London, Dour, and more.

Also, her bridal shoot can be seen on Instagram. She first made a post on 23rd July 2015. Since then she has been uploading her modeling shots. Likewise, she also has a Facebook page which she joined in February 2009.

Also read Who is Theresa Jones? Find out everything about her from age, married life with T.J. Jones, children, social media, and more...

Cody is an Australian songwriter, singer, actor, and dancer. He is a swimming champion, also, he has formed a new band called “Cody Simpson & The Tide”, his debut song is “Waiting for The Tide”. Read more bio…