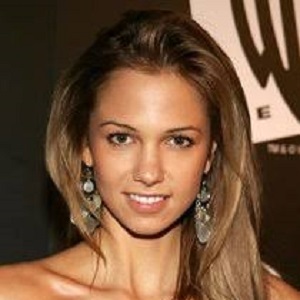 Marnette Patterson has been married to James Verzino since September 4, 2011. He is a Financial Advisor at a Vineyard in Malibu. The couple has welcomed a son, Hudson, and a daughter London.

The couple seems happy as they share pictures of each other on their social media.

Who is Marnette Patterson?

Marnette Patterson is an American born actress and singer who is well known for working in films like ‘American Sniper’ and ‘Cloud 9’.

She is also popular for her appearance in the series like ‘Mentalist’, ‘Major Crimes’, and ‘Supernatural’.

She was born on April 26, 1980, in Los Angeles, California, USA. Her birth name is Marnette Provost Patterson and she is also recognized as Marne Patterson Verzino.

She is currently 40 years old. Her name is kept from her mother’s middle name ‘Marnette’ and also the combination of her two great aunt’s Mary and Nettie.

She has not disclosed details about her father, mother, and ancestry.

At the age of 9, she began as a Junior Vocal Winner on ‘Star Search’. Marnette holds American citizenship but her ethnicity is unknown.

She also loves hiking, horse riding, kickboxing, and cooking. She is close to Jennifer Finnigan, who is her co-star from ‘The Stalking of Laurie Show’.

Talking about her education history, she has not provided any information regarding her college and university name.

Marnette Patterson began her film career from the role of a little girl on ‘A Nightmare on Elm Street 5: The Dream Child’ in 1989. After a year, she made her appearance as Annie in ‘The Kingdom Chums: Original Top Ten’.

She starred in the sitcom ‘Movie Stars’ and also in the made-for-Tv movie ‘The Stalking of Laurie Show’ in 2000. After that, she made her appearance in the films as Brittany Van Horn in ‘Who’s Your Daddy? In 2003, and as Crystal in ‘Claud 9’ and as Brady Rossman in ‘Pope Dreams’ in 2006.

Marnette gave the voice of Lucy van Pelt in ‘It’s Christmastime Again, Charlie Brown’ and in ‘It’s Spring Training, Charlie Brown’. She portrayed the role of Holly Little in the film ‘Starship Troopers 3: Marauder’ in 2008. Also, she starred on the web series named ‘LG15: The Resistance’ as Maggie Schaffer.

She is rumored to be in a relationship with her co-star Paul Wesley, but she has not reacted to the rumor.

Marnette Patterson has a height of 5 ft. 7 inches and she weighs 54 kg. Also, she has got hazel eyes and blonde hair. Her body measurement is 35-24-32 inches.

To know more about Linda Park, Brina Palencia, and  Sarah Grey, please click on the link.