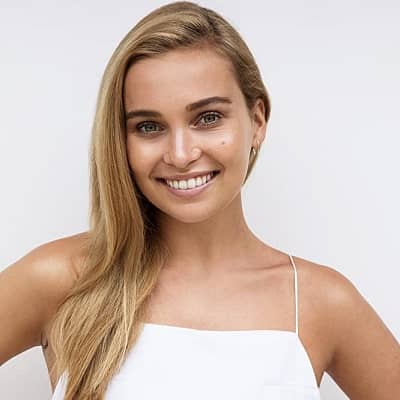 Marny Kennedy is in a relationship with Dan Brown. This couple often shares pictures on Instagram.

Who is Marny Kennedy?

Marny Kennedy is an Australian singer, model, and actress. She is best known as Taylor Fry in the TV series Mortified, and Veronica di Angelo on The Saddle Club.

This actress was born on 21 January 1994, in Melbourne, Australia, with a birth name Marny Elizabeth Kennedy. She has a sister named Tarryn, and a brother named Braeden.

There is no information about her father and mother as she likes to keep her personal life far from the media.

As per academics, Marny attended MacKillop High School. She belongs to Irish-Scottish descent.

Marny Kennedy made her professional debut at the age of 11 with an ABC series Mortified. She played a lead role as Taylor Fry in this series from which she gained huge popularity.

From 2008-2009, she played the main role of Veronica di Angelo in The Saddle Club. Marny also made her appearance in Rush. Other leading roles of this actress include Conspiracy 365, A gURL’s wURLd, Hoges: The Paul Hogan Story, and Bite Club.

She made her film debut in 2009 sci-fi movie Ink as Young May. Marny appeared in a short film Golden Girl in 2011 as a teenage Cilla.

Afterward, she starred in several TV shows including Comedy Showroom, Janet King, and Top of the Lake.

Later in 2018, she starred in television series Underbelly Files: Chopper, and Wentworth.

In addition to acting, she is also a fabulous singer. Earlier on March 15, 2010, Kennedy released her album named ‘a gURLs wURLd’ with a production company Endemol Australia.

In 2006, she won the Australian Film Institute’s Young Actor Award for Mortified.

The average salary of an actor in Australia is $69,000. Meanwhile, according to some sources, the estimated net worth of Kennedy is $1.9 million.

There is no rumor and controversy about this actress. Meanwhile, she has managed to keep herself out of any rumor and scandal. She is doing well in her career.

Marny Kennedy is 5 feet 4 inches tall and weighs 50 kg. Likely, she has blonde hair and green eyes. Her body measurement is 34-24-34 inches.