he was in a relationship with Jamila “Mila J” Chilombo who was a singer. He has also dated Jennifer Freeman who was an actress. There were some rumors that he and freeman were about to get engaged but this rumor was never confirmed.

After breaking up with her he dated Marlena Campbell for a while.

Miya Dickey and Houston were engaged in March 2019. In August 2020. He got married to Miya Dickey who was 20 years younger than him. The couple welcomed their first child named Zara Houston on 2 December 2021. 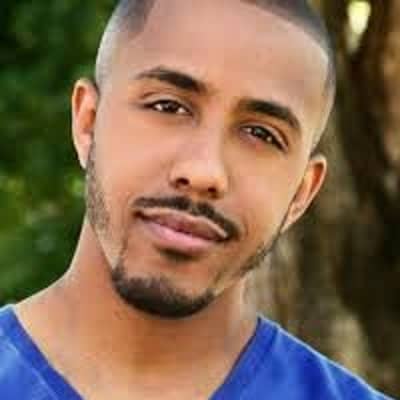 Who is Marques Houston?

Marques Houston is a well-known American R&B singer, songwriter, producer, and actor best known for his work on You Got Served, Sister, Sister, and Fat Albert. He was a part of the R&B group Immature/IMx from 1990 until 2001 before going solo in 2003.

Marques Barrett Houston was born in Los Angeles, California on August 4, 1981. Houston is of American nationality and African-American ancestry.

Carolyn Houston, his mother, died of lymphoma in 1997, and his father’s name is Michael Houston. He has two sisters, Brandye Houston and Danielle Houston, as well as a brother, Brandon Houston. He had always wanted to be an actor since he was a youngster. As a result, he began acting at an early age.

Marques has not revealed his educational backgrounds like his studies and school, or college names to the public. However, there is information that he completed his schooling at Montebello High School. During high school, he used to be a member of the school theatre team and participated in many theatre shows.

In 1992, Marques began his career as a member of the R&B group Immature/IMx and was known as Batman. In addition, his band issued two albums, Introducing IMx in 1999 and IMx in 2001.

The band separated after providing music for the films House Party 3 and House Party 4:Down to the Last Minute in 2002. In 2003, his solo first album MH was released. On May 24, 2005, Houston released his second solo album, Naked.

Marques’s song also charted at number 13 on the Billboard 200. Veteran was his third album, while Mr. Houston was his fourth. He reconnected with IMx and went on tour in support of his new track, Let Me Find Out. He has also established himself as a successful actor, with his debut appearance in the American sitcom A Different World in 1993.

Marques has been on several television shows, including Family Matters, Rock Me Baby, One on One, Cuts, American Dreams, and many others.

Bebe Kids, House Party 3, You Got served, Somebody Help Me, Battlefield America, Boogie Town, and more films in which he has acted.

Marques has made wealth through appearing in many films and television series. Houston had been working since he was a child. He has also done many endeavors and he also sings and writes songs. He has not told me his salary but his net worth is estimated to be $5 million as of 2022.

His engagement to 19 years old Finance Miya Dickey started to criticize and trend on Twitter. His marry 20 years younger than him made quite a lots of controversy about their life.

Houston stands at a height of 5 feet 10 inches tall and weighs 75kg. He has not shared his measurements like hips, waist, and chest sizes to the media. Looking at his outer appearance, he has black hair and black eyes.