NBA player Marquis Teague is a father of two. 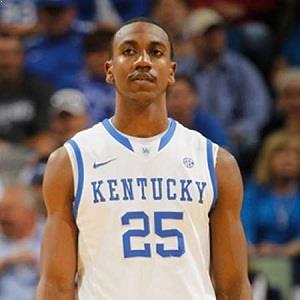 Reflecting on the personal life of Marquis Teague, he is in a relationship. The couple has a daughter born in August 2018. His partner’s name is unknown.

Marquis openly shares about his love interest and child on Instagram.

Who is Marquis Teague?

He was born on 28 February 1993, in Indianapolis, Indiana. He is of African American ethnicity and has an American nationality.

His birth name is Marquis Devante Teague. He is the son of Shawn and Carol. He was born in an athletic family where his father also played basketball. Marquis has a brother Jeff who is also a professional basketball player. Since childhood, he has built up a strong interest in basketball games.

Teague studied at Pike High School and attended the University of Kentucky. He has won a gold medal at the FIBA U-17 World Championships in Hamburg, Germany.

Later, on 1 November 2014, he was selected by the Oklahoma City Blue in the 2014 NBA Development League draft. He left the NBA and signed with Ironi Nahariya of the Israeli League on 17 July 2016, but he was soon released from the team on 31 October 2016.

Teague signed with the Russian team Avtodor Saratov of the VTB United League on 26 November 2016. On 2 March 2017, he was acquired by the Fort Wayne Mad Ants of NBA Development League and on August 23, 2017, Teague was selected by the Memphis Hustle.

After this, on August 30, 2018, Teague signed with Jeonju KCC Egis of the Korean league.

There is no information about net worth but he receives a salary of 1.121 million USD.

Unlike other players, he hasn’t been in many rumors but he suffered a controversy when Kentucky Basketball revealed he’ll never be a Big-Time NBA Player for different reasons.

Marquis Teague has a height of 6 feet 2 inches. His body weighs 82kg. He has black hair and black eyes.