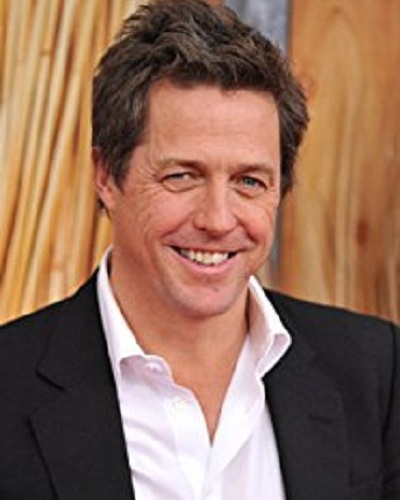 Hugh Grant was not a believer in the institution of marriage. He felt that marriages were unromantic since humans are not meant to be in long, unfaithful relationships. He had said:

“I think there’s something unromantic about marriage. You’re closing yourself off.”

But he was proven wrong as he decided to ultimately get married at age 57 to his 30-year-old girlfriend, Anna Eberstein.

Hugh Grant and his recent wedding

The English actor and film producer tied the knot with his Swedish girlfriend in an intimate ceremony in front of close friends and family members at the Chelsea registry office. This was just a short distance from his West London home.

The newlyweds could be seen beaming as they descended the confetti-strewn steps of the Old Town Hall on Kings Road after their short wedding ceremony after 4 pm. The entire occasion was kept as low-key as possible and was extremely discreet. Only one or two guests took pictures on their mobile phones.

The bride’s and bridegroom’s attire

Bride Anna was holding their daughter in her hands. Anna was dressed in a short white skirt that she had worn for the 2017 French Open. She also had a smart-fitted blue shirt on and espadrilles. A gold simple wedding band could be seen shining on her ring finger.

Hugh Grant, on the other hand, was wearing a navy suit and on his ring finger, he had a rather unusual and large silver wedding ring with three stones.

An onlooker remarked that the small group was an extremely happy lot and were all smiles as they made their way down the steps. The source said:

“Everybody looked very happy and relaxed, it was obviously an informal occasion with only very close family members present,”

“The group congregated on the steps and Grant stepped in right at the last minute, seemingly in a bid to attract attention.”

After the occasion, the group which included Anna’s father and two brothers, Hugh’s father, and brother, and the couple’s two elder children all entered into waiting for chauffeur-driven cars and vanished to an undisclosed destination.

Before the families had enjoyed a hearty lunch with their relatives at Colbert, which is a popular French bistro near Sloan Square.

Hugh Grant and Anna had met in a bar. She is a retail director. The couple has three children together. Their son John was born in September 2012, daughter in December 2015, and their third child a daughter was born earlier this year. It was after her birth that the decision of wedding was made.

Hugh Grant and his multiple relationships

Hugh Grant was not a marriage believer. He had many high-strung affairs in the past. He was dating Chinese receptionists Tinglan Hong and Anna at the same time. Besides these two, Hugh had also been romantically involved with Drew Barrymore in 2007. He dated Jemima Khan from 2004 to 2007.

In 2003, he was linked with his co-star Martine McCutcheon. In 2001, he was in a relationship with Sandra Bullock. He was caught in 1995 by the police along with prostitute Estella Marie Thompson. From 1987 to 2000 he was dating actress Liz Hurley.

A Golden Globe award-winning Hugh Grant is an English renowned actor as well as a film producer who is active in the entertainment field since 1982. He is best known for his work in Mickey Blue Eyes and Notting Hill. More Bio…

Everybody knows the legendary comedian Dave Chappelle. He is married to Elaine Chappelle. Who is his wife?
Tags : Actor Liz Hurley's ex boyfriend multiple affairs polygamous