Posted by MarriedBiography Posted on October 28, 2020 | In Child , Married , Pregnant
Share this

Christopher Buckner is the husband of reality TV star Deena Nicole Cortese. He has appeared on the TV show Jersey Shore.

Christopher Buckner and Deena Nicole Cortese met each other in the year 2011 at a local bar. They had seen each other from another room and added each other on Facebook.

She had just finished filming her 4th season of Jersey Shore and her girlfriends invited her out to watch football and get drinks in Freehold.

They shared the same friend’s circle but had never crossed paths until then. Deena was the one to add Chris. Chris shared with his family that he had seen her but they did not believe until he showed them the friend request he received on Facebook.

After a few days, Deena had plans to go out with her friends, and hoping Chris to be there she added it to her Facebook status. Chris walked in which made her very excited. She introduced herself to him.

Their family liked each other and were very happy. They even bought a puppy and named it Cali. Also, they decided to make take their relationship more further and bought a house together. In 2016, Chris and Deena went on a trip to Mexico to celebrate their five years of dating. They got engaged there.

“I always knew I would spend the rest of my life with Christopher. But last night while we were walking on the Beach in Mexico he made it official!! We’re engaged!!!!”

Also read Insight on the married life of Erica Hanson and Ike Barinholtz! Know about her age, children, net worth, biography

Christopher Buckner and Deena Nicole Cortese decided to spend the rest of the lives together. They walked down the aisle on 28th October 2017. Their ceremony and reception were held at 85 Archertown Road, New Egypt, New Jersey, USA. Maid of Honor was Joanie Maiorella and Mallory Pazder. Similarly, the best men were James Buckner and Nicholas Buckner.

Ring Bearer was Christian Kaiser and Anthony Sadler. On August 23rd of 2018, they announced that they are expecting their first child. They welcomed their son Christopher John “CJ” Buckner on 5th January 2019.

Again on 25th October 2020, Christopher and Deena announced that they are expecting their second child. Deena shared a photo and wrote,

“We’re so excited to announce we’re expecting Baby Buckner #2 May 1, 2021. Our hearts are filled with so much love and joy! CJ is going to be the best big brother ever!!! #blessed #growingfamily sooo for everyone that was asking YES YES YES ..I’m pregnant.”

What is the age of Christopher Buckner?

Christopher Buckner was born on 15th March 1989 in New Jersey, USA. He is 31 years old at present. He used to work at Professional Sports Publication. Similarly, he has also appeared in Jersey Shore and Couples Therapy in the year 2014.

He appeared in season five of the show Jersey Shore. Buckner is private about his life and has disclosed less about it.

Deena Nicole Cortese is an American reality television personality. She appeared on the MTV reality show ‘Jersey Shore’ from 2011 to 2012. Read more bio… 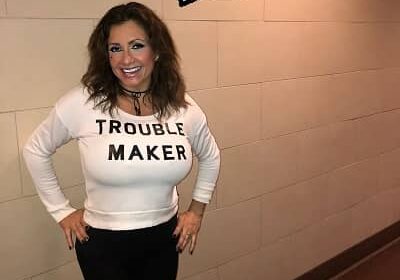