Updated On October 12, 2022 | Published By: Brandy Stratton | In Child , Married
Share this 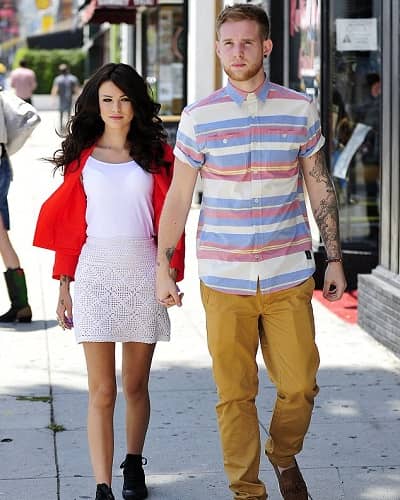 Craig Monk is an English hairdresser known for being the husband of singer Cher Lloyd. His wife Cher finished in 4th position in the seventh series of The X Factor. Her debut single Swagger Jagger entered at number one on the UK Singles Chart.

What is the age of Craig Monk?

Craig Monk was born on 12th December 1990 in England. He is 29 years old at present. Craig worked as a hairdresser. He is the son-in-law of Darren Lloyd and Diane Lloyd. Similarly, his wife Cher has three siblings Sophie, Josh, and Rosie.

Craig Monk and Cher Lloyd got married in a secret ceremony in November 2013. They dated for two years before walking down the aisle in November. Cher wore a beautiful white strapless lace gown and a simple necklace. She accessorized with a veil and carried a large bouquet. Cher wore her hair down in loose curls and flaunted her right arm tattoo.

Likewise, Craig rocked his suit and tie with a single rose on the lapel. Also, he wore an earring in his left ear and was wore his designer stubble. Cher shared their picture on her Twitter account. In April 2012, she told in an interview,

“I’m engaged and want to get married as soon as possible. I can’t wait. I love Craig and he makes me happy. Also, I know I am going to spend the rest of my life with him.”

They got engaged in the year 2011 after dating for a few months. Likewise, they met each other in April 2011 when  Craig fitted her hair extensions at the Four salon in Mayfair.

Craig Monk and Cher Lloyd announced that she is pregnant in January 2018. At the time, Craig’s ex-girlfriend Sunny Searle slammed him for not looking after their daughter Tillie. She wrote on Instagram,

“So this time last year, Tillie had a phone call from her dad saying he had moved and was decorating a new bedroom for her. A year later and still no phone call, not at her birthday or Xmas. Just a post on social media from @cherlloyd announcing their ‘first child’.”

She hoped that Craig’s new child would get better parenting than their daughter Tillie received. Cher announced the baby news by posting a picture on Instagram and she revealed that their baby due is in May. They welcomed their first child, daughter Delilah-Rae in May 2018.

Cher Lloyd is an English singer and songwriter who came into the limelight when she finished fourth in the British reality music competition X Factor in 2010. In addition, she secured a contract with Syco Music which eventually launched her music career. Read more bio…