Married life of the comedian, Lee Mack. Know more about his net worth, Lifestyle… 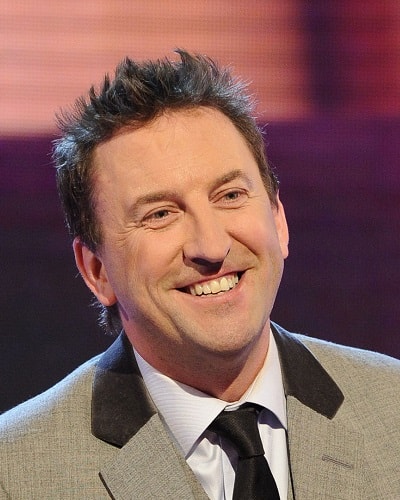 Marriage is the next step for any couple who enjoys a strong and satisfying physical attraction, sparking conversations, etc.

English stand-up comedian and actor, Lee Mack, is a happily married man for almost eleven years and he is living with his family

Lee Mack is a married person. He has been married to his longtime girlfriend, Tara McKillop in a private wedding ceremony in 2005. The couple is living a happy and romantic life together. The couple had been dating for a long time before their marriage.

“I’m married now with two boys, Arlo (four) and Louie (two). I haven’t done stand-up for a while, so although kids are a rich vein of material, I haven’t tapped into it yet. My character in the sitcom is like I was when I was 22 or 23. Now I’m 40, part of me would like to move the sitcom on, to have the character settle down and have children. But then, people say, you shouldn’t change a winning formula.”

Later, they welcomed their daughter, Millie McKillop in 2012.

The couples are having a happy and romantic life together and they have maintained a perfect relationship and never been involved in any social disputes.

The couple loves to attend functions and events together. They were spotted together along with their children on social media many times.

There is no rumor heard about his past relationship and affairs.

They are living together with their three children in Surrey.

To know now more about What is brewing between Camilla Parker Bowles and Meghan Markle? Are the Royal family and palace aides worried? please click on the link.

The 50 years old Lee Mack has an estimated net worth of around $2 million. He has collected that sum of money through his acting and comedy.

His parents split up when he was 11. He has one brother and he went to live with his dad. They did not really grow up together. He left school at 15 and drifted to various jobs. Also, he went around Australia for a year and later went back to academic life at the age of 24 and did a degree in film and television at Brunel University.

He has been the most successful and best-loved comedian, both as a live stand-up and on television. Lee described the story of how he got there and gives extraordinary insight into what really makes comics tick in his ‘Mack the Life’. He is considered to be more hilarious and brilliant.

To know Kaz Crossley and Josh Denzel have split! Was it a recent breakup or a few weeks old one? please click on the link.

Lee McKillop is an English comedian and actor and he is best known for writing and starring in the sitcom ‘Not Going Out’. He is also recognized for being a team captain on the BBC One comedy panel show ‘Would I Lie to You?’ and for presenting the panel show ‘They Think It’s All Over’.

He joined Birkdale Primary School in Southport and Everton High School in Blackburn. Later, he studied Television and Drama at Brunel University.

He made his guest appearance on Have I Got News for You and Never Mind the Buzzcocks. More Bio…

Tags : They Think It's All Over Would I Lie to You?