Marsha Stephanie Blake is an actress of miniseries When They See Us. 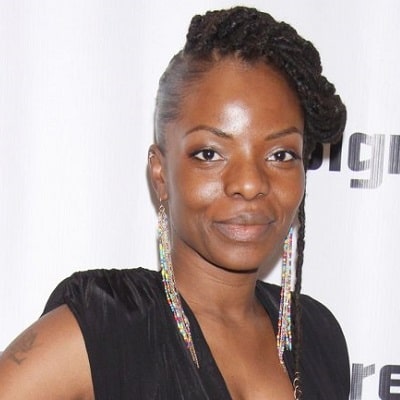 Marsha Stephanie Blake is a married woman. She got married to Gregory Costanzo at Viva Las Vegas on the 4th of July in 2009.

The pair began started dating in 2002, and after being in a relationship for seven years, the duo decided to bring their bond to the next level. The pair is blessed with two children from their nuptials. However, the pair has not shared much information about their children.

Who is Marsha Stephanie Blake?

Marsha Stephanie Blake is a Jamaican-American actress who is best recognized for her splendid performance in the Netflix 4-part miniseries When They See Us.

She was born on May 3 in Jamaica, her parents immigrated to the US in the late 1980s. She grew up alongside her two brothers and the most loving parents one could ever wish for.

She has made her appearances in films and television like “Happyish, Getting On,” “The Blacklist,” and “Orange Is the New Black” among others.

Moreover, she portrayed in Netflix’s miniseries “When They See Us”; she portrayed the role of Linda McCray. Likewise, she played alongside actors Asante Black, Caleel Harris, Ethan Herisse, Chris Chalk, and many others in it.

She was honored and at the same time scared to be a part of When They See Us. Likewise, she portrayed recurring roles on Happyish, Getting On and The Blacklist. In 2019, Blake played Linda McCray in the Netflix miniseries When They See Us directed by Ava DuVernay.

She won the Emmy Award in the category Outstanding Supporting Actress in a Limited Series for her performance in When They See Us.

She stands at a height of 5 feet 3 inches (1.60 meters). Similarly, Marsha has black hair and dark brown eyes.

Tags : Actress When They See Us