Talking about her love life, Marsha Warfield is presently single and she is not dating anyone at the moment. However, the star was married at the age of 18 years old. Sadly, she divorced after a few months.

On the other side, Warfield has openly mentioned she is gay. She publicly confessed her sexuality and mentioned that her mother told her not to come out publicly while she was alive. Warfield agreed but everybody who knew her knew she was gay.

It was however not stated openly. The star mentioned no one needs to hide their sexuality and being gay is not a shameful thing. 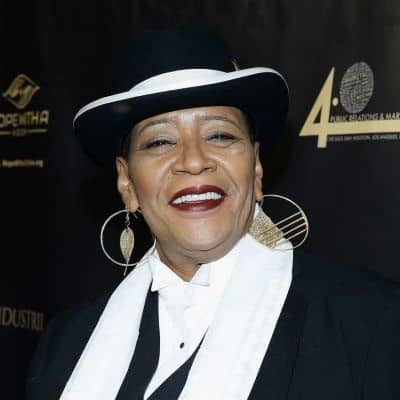 I'm beginning to appreciate the value of naps. Naps are wonderful, aren't they? Sometimes now I have to take a nap to get ready for bed.

I hate skinny women, especially when they say things like 'Sometimes I forget to eat.' Now, I've forgotten my mother's maiden name, and my keys, but you've got to be a special kind of stupid to forget to eat!

Who is Marsha Warfield?

Marsha Warfield is a well-recognized American actress, television personality, and comedian. Warfield is widely famed for her role as Roz Russel on NBC’s sitcom, Night Court, and as Dr. Maxine Douglas on the TV series, Empty Nest.

Moreover, she has also guest-starred in several shows such as Clueless, Livigin Single, Family Ties, Cheers, Star Dates, Moesha, Goode Behavior, Mad About You, and so on.

Marsha Warfield was born on 5 March 1954. At present, her age is 67 years old. Likewise, her birthplace is Chicago, Illinois, the USA.

Marsha is the daughter of her father, James Gordon whereas her mother is Josephine Gordon. Moreover, she has a sister named Cassandra Freeman.

Talking about her nationality, Warfield holds an American identity whereas her ethnicity is African-American.

Officially, Marsha made her acting debut in the television movie, That Thing on ABC in the year 1978. She then featured in The Richard Pryor Show and the movie, D.C. Cab. Later, she set to star in the drama, Riptide in 1984.

The actress then performed in the flick, Mask. Marsha also joined the cast of the series, Night Court as Rosalind “Roz” Russell in 1986.

Additionally, Warfield played in the movie, The Whoopee Boys. After that, she hosted The Marsha Warfield Show. In 1993, the talented star portrayed the character of Dr. Maxine Douglas in Empty Nest. She became part of the series till 1995.

Till then, Marsha also featured in episodes of The Addams Family, Saved by the Bell: The College Years, and The John Larroquette Show.

Warfield has also performed as a guest star in different series like Touched By An Angel, Cybill, ABC Afterschool, Dave’s World, and so on.

She has also worked as a writer and a performer on the Richard Pryor Show. She has appeared in the movie, D.C. Cab, and Caddyshack II. As a stand-up comedian, Marsha has performed on The Comedy Shop.

A talented personality, Marsha has earned a handsome amount of money from her profession. She has been active in her profession from the year 1977 till the present.

It is reported that Marsha Warfield has an estimated net worth of $3 million as of 2022.

Marsha has never been part of any controversial matter or rumors till now. The actress has been surrounded by her professional and private life.

It seems that Warfield prefers enjoying her personal life and does not want to merge it with her professional life.

67 years old multi-talented star, Marsha has beautiful looks and an admirable personality. She stands at a height of 5 feet 11 inches.

Furthermore, Warfield has black eyes whereas her hair is also black.

Regarding her social media presence, Marsha Warfield is an active personality on social media. Marsha has more than 17k followers on her official Instagram account @marshawarfield.

She is also active on Twitter with around 25.6k followers. The star has more than 149k followers on her official TikTok account.

Moreover, Warfield is also available on Facebook with nearly 22.3k fans and supporters.