Mars is a rapper, entrepreneur, record producer, who wears a Hannibal Lecter-style mask.

Talking about his love life, Mars is in a married relationship and is a dad of three children. However, his relationship details are not revealed to the public till now.

Mars has three children and they are born in 1999, 2001, and 2007. Gavin Delgado has featured in promotional videos on stage, press, music videos, and his dad, Mars. Also, they have featured in Kung Fu Vampire music video for ‘Love Bites’. 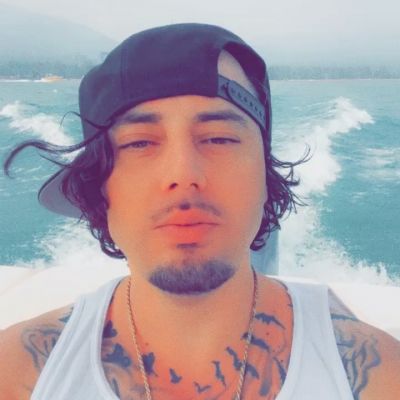 Mario Delgado, popularly known as Mars is a well-recognized American rapper, entrepreneur, record producer, photographer, and actor. Mars is widely famed for his appearance where he performs with a Hannibal Lecter-style mask.

Moreover, he is known for his singles such as Rise to Power, Rainy Day, Medication, and It Gets Deep.

Mars was born on 18 April 1980. At present, his age is 41 years old. Likewise, his birthplace is Antioch, California, the USA.

Not much is known about his father and mother’s details, Mars has been secretive towards his parents’ details. Moreover, he has not shared his siblings’ details in the public till now.

Talking about his nationality, Mars holds an American identity whereas his ethnicity is American-Mexican.

Regarding education, the rapper pursued his education at Liberty High School and Pittsburg Adult Education. However, he dropped out of his regular curriculum and enrolled in many college courses, including photography, marketing and communication, and publication design.

Professionally, Mars started his rap career in 1997 along with his childhood friend J RZ, he created Mad Insanity Records. They published their basement-style tapes to their native. His name was called by classmates as a shortened version of his given name as Mars. Mars released his debut unofficial project, S.I.D.S in 1998. He made it on homemade cassettes and CD-Rs. His lyrics consist of rape, suicide, murder, and abortion.

Mario additionally published his first album, Mars Attacks in 2005 with an online shop selling out of copies on the prime day of pre-arranging, two weeks ahead of the album’s release. Also, Mars received national popularity after a fan Jeff Weise killed nine people who had frequented Mars’ website and forum.

He also performed as a model in Hostage in 2005. The movie was transformed for the screen by Doug Richardson, with the Mars-motivated role portrayed by Ben Foster. Afterward, He released The Zodiac Mixtape(Limited Edition) LP via Mad Insanity on 20 March 2012. Likewise, his entire discography was released on 17 June 2014, consisting of new singles such as Hold On, Hurt’Em, and Overnight Change.

In 2016, Mars headed on his Road to Redemption tour. He also received the Best Male Hip-Hop trophy at the 9 Quota Awards. Later he performed on several artists’ albums and compilations, such as All I Know.

Freshly, Mars published his cooperative album, Drunk On the Hwy via Force 5 Records. He also received the Best Hip-Hop Single of The Year at the 9Quota Awards for, Creatures of the Night.

Talking about his net worth, Mars has earned a handsome amount of money from his multiple professions. He has been active in his profession from the year 1997 till the present.

It is reported that Mars has an estimated net worth of $1-5 million.

Mars has been rumored to dating adult film star Dawn Avril in the year 2007. Moreover, he was also suspected to be dating a former Psychopathic Records artist Blahzay Roze.

He, J RZ, and other Mad Insanity Records artists and members fought with rappers Eminem and Proof at The Fillmore in San Francisco on 9 May 1999. It is during Eminem’s performance on his first leading ‘Slim Shady’ Tour.

The news got covered by several blogs and news channels which also gained popularity for Mad Insanity Records.

41 years old star, Mario Delgado has handsome looks and an admirable personality. He has not revealed his exact height but seems to be nearly 6 feet.

Furthermore, Mars has brown eyes whereas his hair is black.

Regarding his social media presence, Mars is an active personality on social media. Mario has more than 87.9k followers on his official Instagram account @mars.

He is also active on Twitter with around 27.3k followers.

Moreover, Mars is also available on Facebook with nearly 35k fans and supporters.