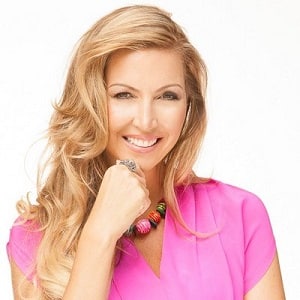 What is the relationship of Martha Munizzi?

Martha Munizzi is a married woman. She is married to Dan Munizzi. The pair married on June 27, 1987. They have three children from the marriage, Daniella, Nicole, and Nathan. Furthermore, the marriage is going strong as there is no news regarding any extramarital affairs at present.

Martha Munizzi is an American Gospel music singer, author, songwriter, and actress. She released her first album titled ‘Say The Name’ in 2002. In 1993, she became a music director and founding member of a church in Orlando.

Munizzi was born in Lakeland, Florida on February 26, 1968, to parents Faith and John Stallings. She grew up in central Florida throughout her early life.

Additionally, she became interested in the world of music since her childhood years and hence became a part of the traveling family group as kids. She is of American nationality. Furthermore, there are no details available about her ethnic background.

Munizzi initially began performing at age 8. Additionally, she started touring the country with her family in concerts and crusades around the United States and Canada. Her songs are self-published under the name Say The Name Publishing/Martha Munizzi Music. Furthermore, Munizzi released her first album titled ‘Say The Name’ on July 16, 2002. Since then, she has released several other albums including ‘Make It Loud’, ‘Change The World’, ‘’No Limits: Live’, ‘When He Came’, and ‘The Best Is Yet to Come’.

In addition, Munizzi has also appeared in several movies and television series including ‘Praise the Lord’, and ‘The Gospel’. She has worked for a number of Christian ministries. Some of them are Joyce Meyer, Benny Hinn, Joel Osteen and CeCe Winans among others.

Munizzi has not revealed her current salary. Additionally, there are no details available about her net worth at present.

Although Munizzi’s beliefs have been criticized several times, she has not been part of any notable controversies in her career. Furthermore, at present, there are no rumors concerning her life and her career.

Talking about her body measurement, there are no details available about Munizzi’s height and weight. Her hair color is blonde and her eye color is dark brown.