Marti Noxon is also a film writer, director, and producer. She is married.

Marti Noxon was a married woman. She married Jeff Bynum on 26th August 200.

She has two children with him. But they are already divorced. As of now, she is not dating anyone and is single. 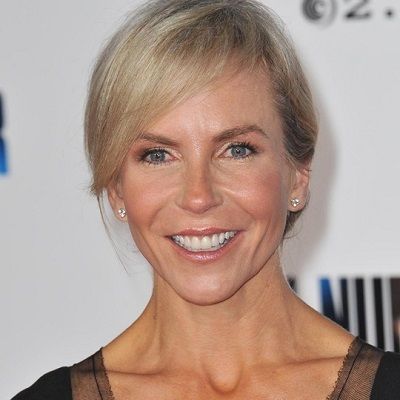 I definitely am drawn more to the darker side of things. The things I'm definitely drawn to are more melodramatic, and that's OK - we all have our favourites. It takes me a long time to write a good joke.

"Honestly, I identify the most with Buffy. Not because I can crush things with my hands, or I am super-strong. But because, like Buffy, my love life was a mess for years and years, and I just couldn't get it together. So I'm constantly identifying with her." (season 6 interview when asked which character she most identifies with.)

Who is Marti Noxon?

Marti Noxon is also a film writer, director, and producer. Similarly, she is famous for being a screenwriter and executive producer on the supernatural drama series Buffy the Vampire Slayer.

Likewise, she won Women’s Image Network Awards for Outstanding Show Produced by a Woman in UnREAL.

She was born on 25th August 1964 in Los Angeles, California, US. She is the daughter of Nicolas Noxon(father), and Mary Straley(mother). Her father was a National Geographic documentary filmmaker.

Likewise, she has a brother named Christopher, Noxon who is a writer. Similarly, she belongs to American nationality and her ethnicity is mixed(English and Irish).

Talking about her education, she graduated from Oakes College at the University of California, Santa Cruz in the year 1987 with a BA in Theater Arts.

She is the screenwriter and executive producer on the supernatural drama series Buffy the Vampire Slayer. In the year 1999, she co-wrote Just a Little Harmless Sex with Roger Mills. Similarly, she was also executive producer, writer, and creator of the Bravo comedy-drama series Girlfriends’ Guide to Divorce.

Marti Noxon was the creator of the Lifetime drama series UnREAL. Likewise, she was an executive producer of the CBS medical drama series Code Black. She also wrote the science fiction action film I Am Number Four, the horror thriller film Fright Night, and the biographical drama film The Glass Castle.

Similarly, she wrote and directed the drama film To the Bone. She was also working on Bravo’s first original scripted TV series Girlfriends’ Guide to Divorce.

Furthermore, she created the AMC dark comedy series Dietland and the HBO limited series Sharp Objects, both of which premiered in the year 2018.

She has been nominated to many awards. She won Women’s Image Network Awards for Outstanding Show Produced by a Woman in UnREAL.

Similarly, she might have earned a huge amount of money from her career but she has not revealed her salary and incomes.

Marti Noxon has a height of 5 feet 6 inches and her weight is around 59 kg.

Similarly, her hair color is blonde and she has blue color eyes.