Updated On February 2, 2023 | Published By: Donnie Smith
Share this
Divorce 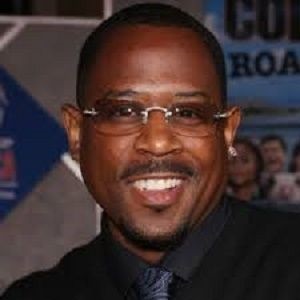 I'm most proud of the blessings that God has bestowed upon me, in my life. He's given me the vision to truly see that you can fall down, but you can still get back up. Hopefully, I'll learn from my mistakes and have the opportunity to strengthen and improve the next thing I do.: You can be cool and at the same time respect your woman, who will hopefully become your wife, who will hopefully become the mother of your kids. America needs to get back to family values.: If you want someone who's big-boned and you like that, ain't nothing wrong with having a little extra meat on there. If you like them thin-boned, then that's okay, too.: Everybody has a Big Momma: the mother or the grandmother who tells it as it keeps it real with them, isn't afraid to tell you the truth about yourself.: I just try to get along with people and show the love that I would like to be shown to me.

What is the relationship of Martin Lawrence?

Previously, Martin Lawrence got engaged to actress Lark Voorhies in 1993. The couple broke out of their relationship due to some reason.

Then in 1995, Martin Lawrence tied a knot with former Miss Virginia, Patricia Southall. The couple is blessed with one daughter named Jasmine Page born on January 15, 1996. However, their marriage relationship could not last long, and got divorced in 1996 due to some unknown reasons.

Moreover, Lawrence started a relationship with Shamicka Gibbs in 1997. He then married Shamicka Gibbs in the year 2010, and the couple has been blessed with two daughters named Iyanna Faith (born November 9, 2000) and Amara Trinity (born August 20, 2002).

But their relationship could not last long and got separated. Lawrence filed a divorce on 25th April 2012  citing irreconcilable differences and asking for joint legal and physical custody of the children.

Furthermore, he is happy being single at the current time.

Who is Martin Lawrence?

He became a renowned actor in the ’90s with his television sitcom Martin and the films House Party, Boomerang, Bad Boys, and Wild Hogs.

The writer was born on April 16, 1965, as Martin Fitzgerald Lawrence in Frankfurt, Hesse, West Germany.

His mother is Chlora and his father is John Lawrence, a military officer.

He has an interest in hosting shows and acting from an early age. Besides, His parents named him after civil rights U.S. President John F. Kennedy and leader Martin Luther King Jr.

On talking about his childhood, he grew up in the U.S., including in Landover, Queens, Maryland, and New York. When he was just eight years old, his parents separated and divorced.

In which school did Martin Lawrence attend?

He graduated from Eleanor Roosevelt High School in Maryland.

Martin Lawrence has acted in popular films such as the House Party series, Talkin’ Dirty After Dark, and many more. Moreover, with Def Comedy Jam during his stint, Lawrence appeared in his own hit series, Martin, which aired on Fox. It ran from 1992 to 1997 and was an enormous success.

Furthermore, on February 19, 1994, he hosted Saturday Night Live where he made crude remarks about women’s genitalia and personal hygiene; the monologue was completely edited out of NBC reruns and syndicated versions, for which Lawrence was banned from the show for life. Lawrence found work in comedy films after Martin ended its run in 1997.

As well as, he has also starred in critical and box-office failures, including Black Knight and National Security and blockbusters at the box office, including Nothing to Lose, Life, Blue Streak, and Big Momma’s House. Lawrence appeared in 2006, on Inside the Actors Studio, during which Lawrence briefly brought back to life some of the characters he had portrayed on Martin.

Lawrence starred in Disney’s College Road Trip in 2008,  co-starring with Raven-Symoné. It was Martin’s first G-rated film, but not his first appearance in a children’s film. He supplied a voice for Open Season.

He appeared in a spoof movie trailer at the 2009 BET Awards, with Jamie Foxx for a fictional movie, The Skank Robbers, that featured their respective television characters Sheneneh Jenkins and Ugly Wanda.

Lawrence reprised his role in 2011, as FBI agent Malcolm Turner in Big Mommas: Like Father, Like Son, the third film in the Big Momma series. Martin confirmed, on Conan, that Bad Boys for Life was almost done being written in August 2014.

Lawrence won a performance spot on Star Search, shortly after appearing at The Improv. Also, he got nominated for Blockbuster Entertainment Award for Favorite Comedy Team (2000) with Eddie Murphy for the movie Life and for Favorite Actor (2001) for the movie Big Momma’s House.

Lawrence was in a controversy when he was arrested in March 1997, after punching a man in a Hollywood nightclub.

Moreover, he became increasingly erratic on May 8, 1996, and was arrested after he brandished a pistol in the middle of an intersection on Ventura Boulevard in Los Angeles, screaming, “They’re trying to kill me!”.

He earns a huge amount of money from his profession but has been hiding from the media or the public.

What are the body stats of Martin Lawrence?

He has an average body and looks with black hair and with dark brown eyes.

Jennifer Lawrence is Grateful That She Didn’t Call Off her Wedding to Husband Cooke Maroney!