Martin Scorsese an Academy Award-winning director, writer and producer. Martin is married and has three kids.

Martin Scorsese married Laraine Marie Brenan and they welcomed their daughter, Catherine. But they got separated.

Later he married the renowned author, Julia Cameron in 1975 and divorced her after two years of the relationship. They also gave birth to a daughter Domenica Cameron-Scorsese in that period.

He married actress Isabella Rossellini in 1979 but they also got divorced in 1983. Then he got married to producer Barbara De Fina in 1985 but that relationship also ended in 1991.

He has another daughter, Francesca from Helen Schermerhorn Morris with whom he got married on 22 July 1999. 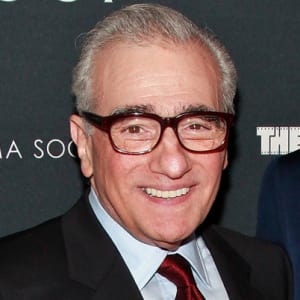 “Movies touch our hearts, and awaken our vision, and change the way we see things. They take us to other places. They open doors and minds. Movies are the memories of our lifetime. We need to keep them alive.”

Who is Martin Scorsese?

Martin Scorsese is an American director, film producer, actor, and writer. He is best known for his work like ‘Mean Streets’, ‘The Irishman‘, and ‘The Wolf of Wall Street’.

He is recognized for his steely, painstaking, and often violent film making style and made his reputation at a very high level as a director.

He was born on November 17, 1942, in Queens, New York City, USA. His ethnicity is ‎Sicilian (Italian) and nationality is dual(American-Italian). He was given a birth name as Martin Charles Scorsese.

Martin had developed his interest and passion at the age of eight but due to being a Catholic, his first choice was to become a priesthood. He was a victim of Asthma since childhood so he could not make his participation in neighborhood and social activities.

Martin Scorsese completed his first feature-length film ‘Who’s That Knocking at My Door’ in 1968 and in the meantime, he met actor Harvey Keitel.

He got the position of assistant director and supervising editor in ‘Woodstock’ in 1970 after he got positive reviews from his first project.

Martin achieved Oscar nomination for ‘The Last Temptation of Christ’ in 1988 and he released the most important gangster movies ‘Goodfellas’ in 1990 and ‘Casino’ in 1995, with whom he collaborated with the actor, Robert De Niro.

Along with Leonardo DiCaprio, they gave some awesome movies like ‘Gangs of New York’ in 2002, ‘The Aviator’ in 2004, and ‘The Departed in 2006’, which helped Martin to win an Oscar.

He has currently begun his first-ever online class where he teaches about storytelling to editing and also his approach towards filmmaking.

He has won many valuable awards in his life. Martin was awarded Writers Guild of America for his remarkable journey as a screenplay writer in 2003, Walk of Fame for the Star on the Walk of Fame Motion Picture Honor on 28 February 2003, Grammy Award for ‘No Direction Home: Bob Dylan’ in 2006, Academy Award for the Best Achievement in Directing for ‘The Departed’ in 2007, and many more.

As of 2022, he has an estimated worth of above $100 million and his main source of earning is from his remarkable filmmaking style and from his writings.

He has been several times in a difficult situation in his nearly 50-year career. Martin has been called as an incendiary, a heretic, and plain disgusting.

Recently, he has been in an argument about his treatment towards women in his movies. For making mobsters violent people who swear, he has been named as a Bad Man and with Bad Ideas.

Martin Scorsese has a height of 5 ft. 3 inches and he weighs 68 kg. He has light hair and light brown eyes. Other information regarding his body measurement is not available.

To know more about Joanne Tucker, Rachel Weisz, and Celeste Ackelson, please click on the link.