Pharma Bro Martin Shkreli is low-key about his love affair. 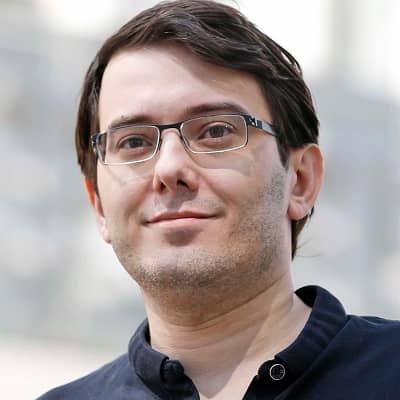 I don't mean to be presumptuous, but I liken myself to the robber barons.

Donald Trump is a dream for business people like me. I think Trump's going to make pharma great again.

If you have a drug that is $100 for one course of therapy, and you know that you can charge $100,000, what should shareholders think when you say, 'I'd rather not take the heat'?

What is the relationship of Martin Shkreli?

The report of him dating Christie Smythe came out in Dec 2020. His ex-girlfriend was a news reporter and is now ready to date other guys.

Who is Martin Shkreli?

Martin Shkreli aka Pharma Bro is an American entrepreneur and pharmaceutical tycoon. He was widely criticized in 2017 for raising the price of the Daraprim drug in 2015.

He is currently fulfilling his sentence and will be released on 14 Sep 2023.

He was born on 17 March 1983 in Brooklyn, New York, USA. The names of his father and mother are not revealed but they were janitors.

He belongs to Albanian and Croatian descent. He grew up with his two sisters and a brother.

Regarding academics, he attended Hunter College High School and then Baruch College. From the latter, he graduated in 2004 with a BBA degree.

Martin Shkreli after graduating founded his first hedge fund in 2006. This company is known as Elea Capital Management. Then in 2009, he again founded another company named MSMB Capital Management with his friend Marek Biestek.

He was also the CEO of Retrophin which was founded in 2011. But he left in 2015 and in 2020, a new chief executive, Eric Dube was appointed. The new name of this company is Travere Therapeutics Inc.

This businessman has a net worth of $27.1 million as of 2018. But his salary and other earnings are not revealed by the sources.

He was arrested for securities fraud in 2015. In 2017, Martin was found guilty by two courts of the charges. Then he was ordered to forfeit nearly $7.4 million in assets in March 2018.

On March 9, 2019, Martin was sent to jail for seven years and has to pay a fine of $7.4 million. But in April 2020, he requested the court for his bail as he was needed to make a remedy for COVID-19, but this request was denied.

In December 2021, he has been in controversy for hiking a life-saving medicine by 4000%. He is arrested against the complaint of allegations of security forces.

Regarding Martin Shkreli’s body features, his height is 5 ft 7 inches and his body weight is average.

Looking at his pictures, the color of his eyes is light brown and his hair is in brown color.

‘Imposters’ is soon to be back with another brand new season and the greatest thing of all is that our very favorite Inbar Lavi is still playing the main role!