Actor-director Martin Von Haselberg is married and a father of one. 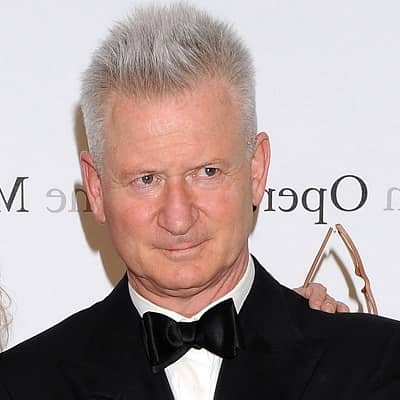 Martin Von Haselberg is a married man. He exchanged vows with a songstress Bette Midler. Their wedding was held on 16 Dec 1984 in Las Vegas, Nevada.

He and his wife are blessed with a daughter, Sophie von Haselberg. She was born in the year 1986.

Who is Martin Von Haselberg?

Martin Von Haselberg is an Argentinian actor and director. He is also a writer and producer. He is known for being the one half of duo Kipper Kids.

His mother and his father’s names are unknown. He has three older siblings and belongs to German descent.

Regarding his academic information, he has not provided any details about it. But he studied acting at East 15 Acting School.

After meeting Brian Routh in 1970, Martin Von Haselberg created the character of Harry Kipper in 1971. They used to perform all over the world mostly in Europe. They flipped a coin and named this duo The Kipper Kids aka Harry and Harry Kipper.

This duo appeared in TV shows Mum’s Magic Mulch and K.O. Kippers. But from 1982, they used to perform on occasion basis and in 2003 they gave their final act at the National Review of Live Art, Glasgow. Their acts were often related to comedy and humor.

He has appeared in screen projects like Mary Hartman (1976), Forbidden Zone (1980), UHF (1989), and The Spirit of ’76 (1990). As a producer, he has acted and produced Moonlighting and The Mondo Beyond Show. Furthermore, he wrote and directed Blind Geronimo and His Brother.

This musical artist has an estimated net worth of $250 million US. But details about his salary and other incomes are behind the curtains.

However, the maximum of his worth is related to the real estate which he shares with his wife.

This veteran artist is doing great in his family and professional life and is not surrounded by any scandals or rumors.

Regarding Martin Von Haselberg’s body features, he has light brown eyes and grey hair. His height is 5 ft 7 inches and his weight is 62kg.

Other details of his shoe and dress are unknown.