Martin Wallstrom is an actor who appeared in Mr. Robot and Ashes in the Snow. Martin is married since 2008. 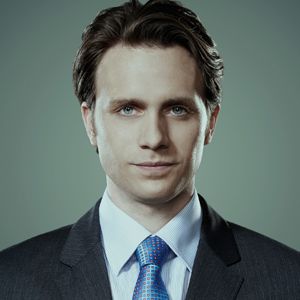 Martin Wallstrom is married to Lisa Linnertorp since 2008.

Martin has not revealed any information about his children and its gender but the sources have verified that he has one child.

He is very happy with the relationship with his wife and doesn’t seem to be in any other relationship. There is no sign of any divorce or separation between the lovely couple.

Who is Martin Wallstrom?

Martin Wallstrom is an actor famous as Tyrell Wellick for the cyber-thriller series Mr. Robot, telecasted on U.S.A Networks. Martin worked as an actor in Sweden for almost a decade and then came to Hollywood.

Martin is currently busy with Ashes in the Snow, a World War II drama. He is working as Mikolai Kretzsky.

There is no family background history available for this actor. This may be because he migrated from Sweden and didn’t get time to discuss his family life in the U.S.A.

He is Swedish and holds the nationality of Sweden.

He graduated from the University of Gothenburg where he studied music and drama for four years and completed his course in 2008.

Martin Wallstrom is currently busy with the series cyber-thriller series Mr. Robot. He started his career from Hela Harligheten as Jorgen in 1998 and continued to play in films like Before The Storm, Hannah Med H, Du & jag, EdsDansen, Pure, Sebbe, Simple Simon, Beyond the Border and of course Ego, and more.

In spite of playing in many series and movies, giving his full effort in making it a hit, he has not won an award. He will surely gain many in his near future.

Martin is a growing actor in the American film industry, moved from Sweden, and has done many hit projects. He has successfully made the net worth of $2 million and is still adding in it with his monthly and yearly income.

Martin has not stated anything about his monthly and yearly salary from the current series he is involved in.

Doing many roles internationally, migrating from Sweden to the U.S.A. has been a very long journey for Martin. he became successful not only in his career but to keep himself away from controversies. Even there are no rumors surrounding him.

The fantastic international actor has a slim figure with 5 feet and 11 inches as his height and 72 kg as his weight. Martin Wallstrom’s attractive face has light blond hair and blue eyes.

Martin does not seem to be active on social media very much. He has no accounts on Facebook and Instagram but he seems to be twitting frequently on Twitter and has an impressive 17.2k follower.