Since July 8, 1997, Stuart has been married to country artist Connie Smith who is also a singer. Marty first saw Connie when she was performing at one of her concerts. As of 2022, he has no children.

Previously, he was married to Cindy Cash, the daughter of Johnny Cash in the year 1983, and later divorced in 1988.  They have no children. 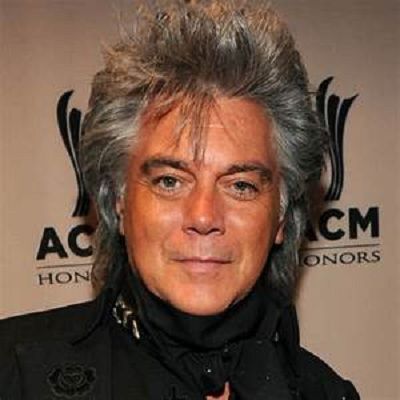 Today the most outlaw thing you can possibly do in Nashville, Tennessee, is play country music

Today the most outlaw thing you can possibly do in Nashville, Tennessee, is play country music

There's the chart -- and there's the heart. And it's great when they both line-up. But you better follow your heart, 'cause that's where it's at.

Who is Marty Stuart?

He is also a multiple Grammy Award-winning. Marty had a string of country hits in the early 1990s.

Stuart was inducted into the Country Music Hall of Fame on August 12, 2020.

Marty is 60 years old. He was born on September 30, 1958, in Philadelphia, Mississippi, U.S. His father’s name is John Richard Stuart who died on Thursday, April 9 and his mother’s name is Hilda Annette Johnson. Jennifer Stuart is his younger sister. Marty belongs of American nationality. There is no information about his ethnicity.

There is no information regarding his school/college university.

Marty accompanied Johnny Cash to Memphis and played on the Class of ’55 album that also featured Carl Perkins, Roy Orbison, and Jerry Lee Lewis in 1985. After this year, he released a self-titled album on the label, which produced a Top 20 hit on the Billboard country charts in the song “Arlene”.

In 1988, Marty’s marriage to Cindy Cash ended in divorce, leading to Stuart’s return home to Mississippi. Stuart builds his confidence to try again at becoming a singer when Roland White invited Stuart to rejoin his band as their fiddler.

In 1989, he released his first album on MCA, Hillbilly Rock. He found commercial success with the album when two songs from Hillbilly Rock became hits in 1990.

He released another album, Tempted, and the title track in 1991 which became Stuart’s first Top-5 hit. Marty provided the song “Up Above My Head/Blind Bartimus” with Jerry Sullivan and Tammy Sullivan to the AIDS benefit album Red Hot + Country produced by the Red Hot Organization in 1994.

He released the album The Marty Party Hit Pack in 1995. In 1996, he releases another album, Honky Tonkin’s What I Do Best.

Marty married legendary country music singer Connie Smith in 1997. In 1998, Marty helped produce Smith’s comeback album on the Warner Bros. label, Connie Smith. He released another album in 1999 called The Pilgrim, along with another unsuccessful single, that failed to even make the Top 40.

In 1992 and in 2001, he won Grammy Awards for Best Country Collaboration with Vocals and Best Country Instrumental Performance. similarly, in 2004, he won the International Bluegrass Music Awards for Recorded Event of the Year.

Stuart has an estimated net worth of $8 million as of 2022. Currently, we don’t have any information about his income and salary.

There was a rumor that Marty was gay. However, it is not true and he is interested in women. But humorously said that probably he might be the first openly gay performer.

Marty is 5 feet 6 inches tall and his weight is not available. He has brown hair color his large dark brown eyes are bright and beautiful. There is no more information about his body measurements.